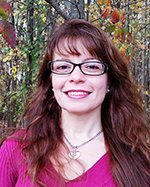 Rula Bakleh is a Signal and Power Integrity Principal Engineer at Graphcore, Inc. helping to create the next generation AI system architectures. She specializes in high-speed SERDES, parallel interfaces, RF/microwave, jitter analysis, and power integrity designs and analysis.   Her accomplishments include many first-pass-success high-speed/high-power designs, from system architecture all the way through lab-based validation.  Her experience spans across IC packages, circuit boards and systems.  Rula is a member of the DesignCon’s Technical Program Committee working multiple tracks. She has also worked at Samtec-Teraspeed Consulting, Woodward-McCoach, L-3 Communications, BAE Systems and Raytheon.  Rula received her BSEE from SUNY Binghamton and her MSEE in Microwave/RF Engineering from UMASS Amherst. 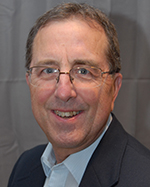 Joseph (Jay) Diepenbrock holds a Sc. B. (EE) from Brown University and an MSEE from Syracuse University.  He worked in a number of development areas in IBM including IC, analog and RF circuit, and backplane design.  He then moved to IBM’s Integrated Supply Chain, working on the electrical specification, testing, and modeling of connectors and cables and was IBM’s Subject Matter Expert on high speed cables.  After a long career at IBM he left there and joined Lorom America as Senior Vice President, High Speed Engineering, and led the Lorom Signal Integrity team, supporting its high speed product development.  He left Lorom in 2015, and is now an independent consultant. Jay has authored or co-authored a number of technical papers, and contributed to a number of industry standards, is a Senior Member of the IEEE, and holds 12 patents. 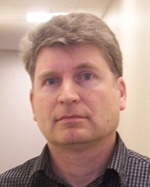 Vladimir Dmitriev-Zdorov is a principal engineer at Mentor Graphics Corporation. He has developed a number of advanced models and novel simulation methods used in the company’s products. His current work includes development of efficient methods of circuit/system simulation in the time and frequency domains, transformation and analysis of multi-port systems, and statistical and time-domain analysis of SERDES links. He received Ph.D. and D.Sc. degrees (1986, 1998) based on his work on circuit and system simulation methods. The results have been published in numerous papers and conference proceedings.

Jason J Ellison received his Masters of Science in Electrical Engineering from Penn State University in December 2017. He is employed as a signal

responsible for the Quantum Channel Designer and Quantum-SI product families.  In 1993, Barry began his career at Digital Equipment Corporation as a senior software engineer where he developed signal integrity tools to support the design of the Alpha microprocessor.  Then, in 1995, Barry founded SiSoft, a software and consulting services business.  At SiSoft, Barry successfully launched multiple product lines, including Quantum Channel Designer, a DesignCon DesignVision award winner and Quantum-SI, a DesignCon DesignVision award finalist. Throughout his career, much of his focus has been devoted to providing signal integrity solutions to problems faced by high‑speed system designers. Barry has had a major influence on the signal integrity methodology utilized by numerous companies and has personally led multiple signal integrity design teams. He was the founding chairman of the IBIS Quality Committee. Barry holds an MSECE degree from Carnegie Mellon and a BSEE degree from the University of Florida.

Dr. Cathy Ye Liu, distinguished Engineer, currently heads up Broadcom SerDes architecture and modeling group. Previously she worked as R&D director and distinguished engineer in Avago/LSI which acquired Broadcom in 2016. Since 2002, she has been working on high speed transceiver solutions. Previously she has developed read channel and mobile digital TV receiver solutions. 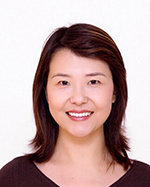 Her technical interests are signal processing, FEC, and modeling in high-speed optical and electrical transceiver solutions. She has published many journal and conference papers and holds 20+ US patents. Cathy has demonstrated her leadership roles in industry standard bodies and forums. Currently she serves as a member of the board director of Optical Internetworking Forum (OIF), a member of the board of advisors for the department of Electrical & Computer Engineering (ECE) of University of California at Davis and the co-chair of the DesignCon technical track of high speed signal processing, equalization and coding. She received her B.S. degree in Electronic Engineering from Tsinghua University, China, and received her M.S. and Ph.D. degrees in Electrical Engineering from University of Hawaii. 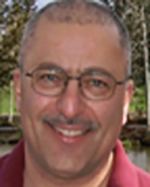 Alfred (Al) Neves, Founder and Chief Technologist at Wild River, has 30 years of experience designing and application development of semiconductor products, capitol equipment design focused on jitter and signal integrity analysis, and has successfully been involved with numerous business developments and startup activity for the last 13 years. Alfred is involved with the Signal Integrity community as a consultant, high-speed system level design manager and engineer. Recent technical accomplishments include development of platforms and methods to improve 3D electromagnetic correspondence to measure-based methods, including advancing time and frequency domain calibration methods.

Alfred focuses on measure-based model development, package characterization, high-speed board design, low jitter design, analysis, and training. He earned a B.S. in Applied Mathematics at the University of Massachusetts. 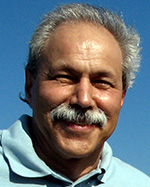 Istvan Novak is a Principle Signal and Power Integrity Engineer at Samtec, working on advanced signal and power integrity designs.  Prior to 2018 he was a Distinguished Engineer at SUN Microsystems, later Oracle.  He worked on new advanced power distribution design and validation methodologies. He was responsible for the power distribution and high-speed signal integrity designs of SUN's successful workgroup server families. He introduced the industry's first 25 um power-ground laminates for large rigid computer boards, and worked with component vendors to create a series of low-inductance and controlled-ESR bypass capacitors.  He also served as SUN's representative on the Copper Cable and Connector Workgroup of InfiniBand, and was engaged in the methodologies, designs and characterization of power-distribution networks from silicon to DC-DC converters. He is a Life Fellow of the IEEE with twenty five patents to his name, author of two books on power integrity, teaches signal and power integrity courses, and maintains an SI/PI website. 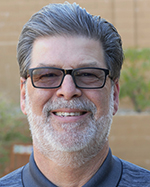 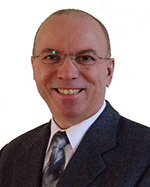 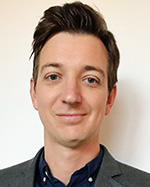 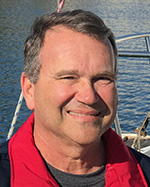 Larry Smith is a Principal Signal Integrity engineer at Micron specializing in Power Integrity since August 2018.  Prior to joining Micron, he was a PI engineer at Qualcomm in the mobile computing space beginning in 2011. He worked at Altera from 2005 to 2011 and Sun Microsystems from 1996 to 2005, where he did development work in the field of signal and power integrity. Before this, he worked at IBM in the areas of reliability, characterization, failure analysis, power supply and analog circuit design, packaging, and signal integrity. Mr. Smith received the BSEE degree from Rose-Hulman Institute of Technology and the MS degree in material science from the University of Vermont. He has more than a dozen patents and has authored numerous journal and conference papers.  His most recent work is a book entitled “Principles of Power Integrity for PDN Design” published by Prentice Hall in 2017 with Dr Eric Bogatin.

Mark is currently a full-time faculty member in the Electrical and Computer Engineering Department at the University of Detroit – Mercy, where he teaches undergraduate and graduate courses in electromagnetic compatibility, electric vehicle design, analog and digital circuits, and communications systems. In 2021, he was appointed the Director of International Programs for the department.

He has three (3) US Patents, five (5) inventions on EMC tools/methods/defensive publications, authored over 15 published papers, and 10 books/book chapters.  In 2019, Mark was elected to the IEEE Electromagnetic Society Board of Directors and is the General Chair of the 2023 IEEE International Symposium on EMC and Signal Integrity. 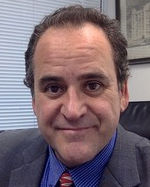 Michael Violette is President of Washington Laboratories and Director of American Certification Body. He has over 25 years of experience in the field of EMC evaluation and product approvals and has overseen the development of engineering services companies in the US, Europe and Asia.  He is a Professional Engineer, registered in the State of Virginia. He has given numerous presentations on compliance topics and is a regular contributor to technical and trade magazines. 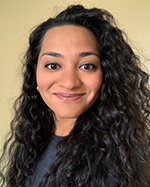 Vandana Wylde has a B.S. in Electrical and Computer Engineering from the University of Colorado at Boulder, and has been with Keysight for 5 years, initially supporting Spectrum Analzyers, and FieldFox. She is now a Product Manager for the high-speed digital simulation team, focusing on Signal Integrity and Memory Design.

In Vandana's free time, she spends it out in the mountains with her golden retriever, Stella.