On the path to sub-100μΩ impedance measurements, we must be crazy, since we spent our weekend measuring a bunch of pennies. Maybe we lack common cents? Or we were just trying to find some sense? Either way, we had a curiosity that needed to be explored.

Recently, we wrote an article on Calibrating the 2-Port Probe for Low Impedance Measurements [1]. Shortly after we published this article, Steve tried two other techniques for calibration with the Bode 100 [2][3], to mitigate the lack of the isolation calibration step on a vector network analyzer (VNA).

Both of these techniques to mitigate the lack of the isolation calibration focused on two different methods to facilitate the SHORT calibration step. One way used the isolation pads on the Picotest P2100A-CAL substrate instead of the short pads. Whereas the other way used a penny to perform the short calibration step. The idea here was that the percentage of copper content in the penny was higher than copper used on the short pads on the P2100A-CAL substrate. So, we became curious to see if we could see a difference between the copper on the penny versus the 1 ounce copper, ENIG finish used for the short pad on the Picotest P2100A-CAL substrate shown in Figure 1. As a bit of interesting trivia, more than 300 billion pennies have been minted since 1787 [4]. So that means there are more than two cents to spare for us to compare against. 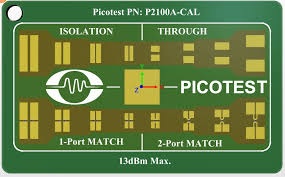 According to livescience.com, some folks might not be aware that the penny's original design was suggested by Ben Franklin. Where the name "penny" originally came from the British word "pence." [4].

At the beginning of our quest, which was based on curiosity, it was brought to our attention by a colleague, Jim Kuszewski at Northrop Grumman, that the copper weight of a penny has changed over multiple decades. To our surprise, after researching this detail, the amount of copper in the penny from the U.S. Mint has, indeed, changed across various decades.

With this information, we decided to go on a scavenger hunt to find pennies from multiple decades to measure and see if a noticeable difference in the copper was observable using these additional calibration methods [2][3]. 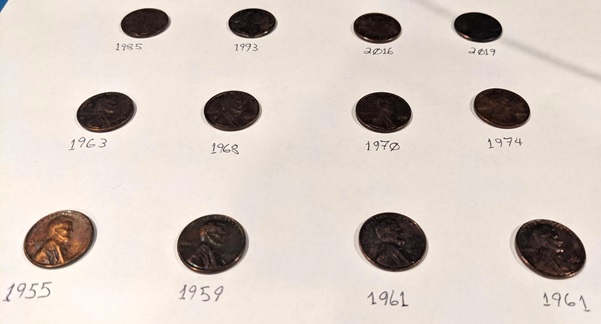 Fig. 2 - Depiction of pennies from various decades used for measurement.

Prior to any measurements, all of these pennies were washed with dish soap, then with rubbing alcohol, and lastly, with a lemon juice plus salt solution.

Figure 3 provides a diagram of the 2-port shunt-through impedance measurement test setup with 2-port probe P2102A, Bode 100, and J2102B common mode transformer. In the case with the P2102A-1X probe, Rs as indicated by Figure 3 is 0Ω.

As per the calibration method shown in Measuring uOhms and pH with the P2102A and the Bode 100 [2], the isolation pad of the P2100A-CAL calibration substrate was used for the short calibration, as shown in Figure 4. After completion of the calibration, the noise floor of the measurement setup is shown by the magenta curve in Figure 6. 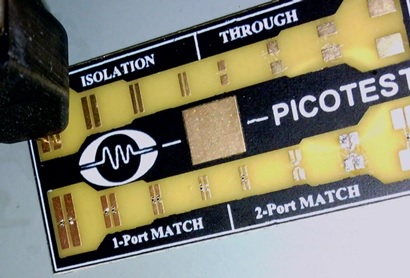 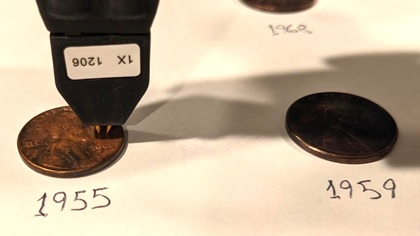 Fig. 5 - Depiction of measurement location used on each penny.

Figure 7 provides a complete depiction of the measurement setup with the P2102A-1X probe. 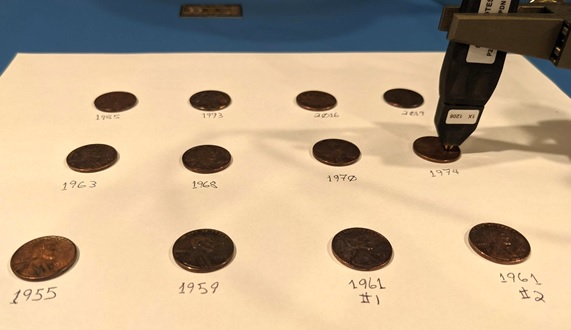 Figure 8 shows the results of 11 pennies measured, all dated from 1959 to 2019, after using the isolation pads of the P2100A-CAL calibration substrate to do the short calibration with the P2102A 2-port probe. As shown by the results in Figure 8, all the pennies had a very similar DC resistance. We can see the minimum impedance measurement is hovering around

. In addition, the inductive nature of the pennies all seems to be very close, ranging from 1pH to 6pH at 40Mhz. When using a browser probe to measure at these low impedance values, the probe placement and tip compression need to be as consistent as possible to help achieve a consistent measurement from DUT to DUT.

Figure 9 shows the results of 7 pennies measured using the 1955 penny as the short during calibration with the P2102A 2-port probe. (The same 1206 probe tip on the P2102A that was used to capture the measurements in Figure 8 was also used for the results shown in Figure 9.)

Again, the DC resistance of the pennies seems to be very similar for each of these pennies. We see a similar low impedance floor hovering around close to

However, we see a slightly larger inductance variation at closer to 40MHz, which varies from 0.22pH to 8pH. This is still very similar to what we achieved with the other calibration method using the isolation pads on the P2100A-CAL for the short calibration step.

greater than the impedance of the 1963 penny. Based on this analysis, we can see that the penny has a much more conductive surface than the ENIG finished 1 ounce copper surface of the short pad on the P2100A-CAL calibration substrate.

In summary, even though the Bode 100 lacks an isolation calibration method, there are methods shown that provide an alternative to still achieve sub-100μΩ impedance measurements with the Bode 100 using a 2-port P2102A browser probe.

With the information shown in these measurements, it is not possible to say which of these two alternative calibration methods is better. More effort and research will need to be done before that conclusion can be made. However, by using either of these calibration methods, the penny was shown to have a much higher conductivity than a ENIG finished 1 ounce copper pad on the P2100A-CAL calibration substrate.

Lastly, even though the copper content in the U.S. minted penny has changed over multiple decades, going from 95% copper to 2.5% copper today, the impedance measurements previously shown indicate that the penny makes a great substitute to use as short with the Bode 100 during calibration.