Exceeding the speed limit is the theme of this issue of Signal Integrity Journal (SIJ), and nowhere is speed more of a design concern than for connectors. As connectors get smaller and denser while handling faster speeds, there is a significant chance that signal interference and crosstalk will increase. Earlier this year, SIJ hosted a panel session on connector characterization,1 moderated by Eric Bogatin with panelists Steve Krooswyk, Senior SI Design Engineer, Samtec, Inc.; Vivek Shah, Director, New Product Development Copper Solutions Business Unit, Molex; and Amir Asif, Lead Product Engineer Multi-domain System Analysis, Cadence. Recently, I also caught up with Scott McMorrow, Technology Strategist at Samtec and Michael Rowlands, SI Engineering Manager at Amphenol to find out the latest in high bandwidth connectors. The following is a compilation of everyone’s thoughts on what’s new, what’s real, and what we should be worried about.

Technical challenges abound for high bandwidth connectors. Perhaps the biggest technical challenge for 224 Gb/s connectors is maintaining performance over manufacturing tolerances in the connector, the PCB, and throughout the system. McMorrow says that a tolerance study design of experiments is mandatory for any 224 Gb/s design, and that the tolerances for the connectors and breakout regions are actually limited by the PCB process technology. What should you watch out for in your design? Feature alignment, signal pad connector wipe and tolerance regions, back drill stub depth, and board perimeter routing tolerances.

Rowlands identifies some additional technical challenges for today’s connectors, namely the importance of controlling impedance, because even the tiniest mismatches can lead to signal loss at high frequencies. He also notes that power density is increasing as both signal density and data rates increase power, “With increased power density, the heat goes up significantly so thermal and cooling issues are also a big challenge.”

The most critical metrics are loss (including effective return loss, insertion loss, and return loss) and crosstalk. These factors influence most other metrics notes Rowlands, and if they look good, just about every other metric will look good. McMorrow adds, “Crosstalk and skew performance in-board with a breakout region (BOR) will be the make-or-break feature of 224 Gb/s interconnect designs and channel performance.” 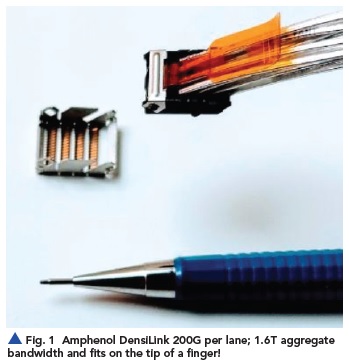 Designers want good mechanical models of the connectors to bring into the simulation so they can analyze how the connector will interface with their board stack, pad stack, and how it will perform. In the panel discussion, Bogatin asked at what bandwidth is this “final inch” starting to be a dominant player influencing the performance of their connector vs the connector itself? All the panelists agreed on 14 GHz or 28 Gb/s as the cutoff point. Above that bandwidth/data rate, it is critical to model the connector and the PCB together. Krooswyk says that the concern is really the impedance at the boundary and crosstalk resonance, “If your connector has a crosstalk resonance, that won’t be modeled correctly unless the PCB is included in the model at the same time.” Shah agrees, adding that it is also important to understand the final goal of the analysis, noting there is a trade-off between how much simulation you want to do vs. what accuracy you are getting in return. Cadence’s Asif concurs, saying if you have the model, just bring it in rather than running simulations separately, because simulating an integrated model with the channel design is best practice.

How available are models? All of the connector companies in this article (Samtec, Molex, and Amphenol) provide both measured and simulated S-parameter models for their connectors.

For Amphenol, Rowlands notes that while they provide simulated S-parameters standard, measured models are also available, but they often have causality and noise imperfections that make it difficult to analyze in a channel. Molex also provides a test report as well as a model characterization report to customers. For mass production products, Shah notes the links are on their website; for newer items, it is released under NDA.

To protect the intellectual property of their design, connector manufacturers often provide encrypted mechanical models of their products for integration into the simulation. Some designers report concerns about the encrypted versions of the models, wondering about their accuracy. Shah says Molex does not compromise on the structure of the differential pair because it will affect simulation accuracy. Instead, they simplify by reducing the number of pairs. Krooswyk agrees with Shah, there is not an accuracy sacrifice in an encrypted model, pointing out that “You are not putting an artificial waveport boundary between your PCB and connector, you get to solve it all together and that will give you the most accurate result.” Asif (Cadence) reassures designers that while the details of the model are hidden to the user, they are transparent to the simulation tool.

How to Use Models

How does an engineer take a connector manufacturer’s model and incorporate it into their simulation?

Rowlands says engineers can use Amphenol’s models in any tool that reads S-parameters, such as Matlab, ADS, ANSYS, and various free download tools. McMorrow reports that Samtec’s S-parameter models are also developed to work with any system simulator that uses s-parameter models, saying that “In addition, for those customers who desire even more fidelity in their modeling, Samtec will provide encrypted Ansys HFSS and non-encrypted HFSS 3D Layout models for 3D full wave modeling in the Ansys tool suite.” 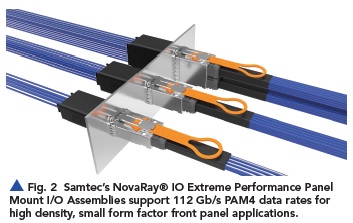 Regardless of the design, it is critical to consider the area immediately leading up to the connector to provide optimal signal integrity. Simulating the connector with the PCB and taking into account everything leading up to the connector (via, trace, pad stack, etc.) is instrumental in getting the best results. Also, the design of the test fixture used with the connector is important, as you will want that test fixture to have no noise or reflection. The good news is that manufacturers of high bandwidth connectors offer a significant amount of support materials, advice on using simulation tools, breakout recommendations, and technical support to ensure an optimal design.

Applications of High Bandwidth AWGs in Receiver Testing: Tricks of the Trade

Samtec and Molex Share IP to Reshape Future of Connectors