Those that know me, know that I like things that, on a scale of one to ten, go to eleven.  For the youngsters out there, see Spinal Tap, 1984.  But is there such a thing as turning it up too high?  I receive, and answer, a lot of questions about measuring with a time domain reflectometer (TDR).

How much bandwidth do I need?

How fast should the edge be?

How to I connect it to the DUT?

It pains me to say this, but there is such a thing as turning the TDR up too high and it is also easy not to have enough.  I addressed this briefly in my book, Power Integrity. If there is a “too high,” and a “not high enough,” there must also be a “just-right,” or Goldilocks, setting. Using measurements, and a smattering of math, the Goldilocks setting answers will be clear.  In the words of the infinitely wise Eric Bogatin, “it depends” will define these settings, which will change on a case-by-case basis.

The faster TDR signal creates a lot of unnecessary ringing, due to the low-quality connector, but the ringing also obscures the actual trace impedance.  More bandwidth, at a higher cost, doesn’t produce a better result.  Having said that, a higher cost TDR might offer the selectability of the rise time, as the instrument used here does. 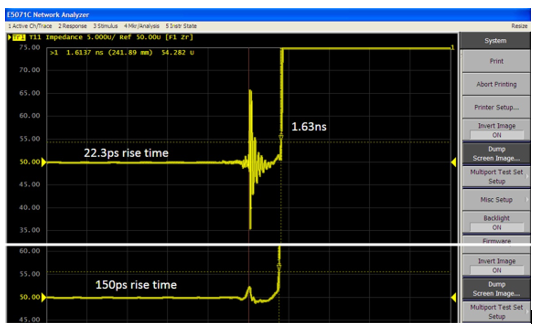 Insufficient bandwidth misses specific artifacts that could be important.  The screenshot shown in Figure 2 shows the same PCB trace measured with a 500MHz TDR bandwidth and a 6GHz TDR bandwidth.  At 6GHz, the edge connector is evident, as well as two other discontinuities.  At 500MHz there are no discernable discontinuities at all. 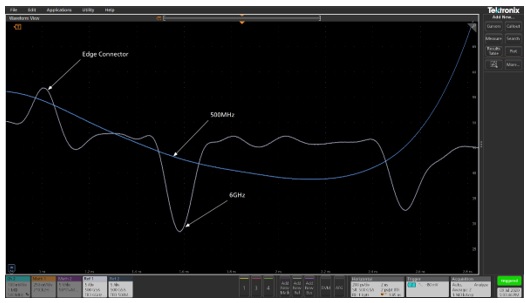 SMA edge connectors were attached to three traces on a TDR Demo board, shown in Figure 3.  These three traces are used, as case studies, to validate the Goldilocks solution. 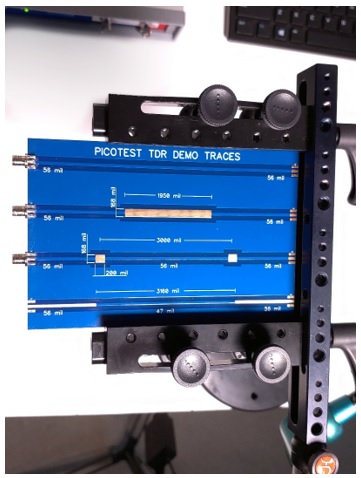 Figure 3 SMA connectors were attached to the top three traces on this TDR demo board.  These traces will be used to validate the math defining the Goldilocks solution.

The TDR signal travels at the speed of light, C, in a vacuum.

The spatial resolution, of the TDR is half the rise/fall time

Setting the spatial resolution equal to the distance travelled results in

And converting to inches

Relating these to bandwidth, rather than fall time

And converting to inches

The third trace from the top on the demo board, shown in Figure 3, includes a pair of copper rectangles, 200 mils wide and 168 mils tall.  The 168mil is wider than the 50 Ohm trace, so an impedance dip is expected at each location.  (The PCB is FR4 and a Dk of 4 is assumed.)

Setting the spatial resolution to the 200mil width of the rectangle and solving for the fall time and bandwidth results in 5.2GHz and 68ps respectively. 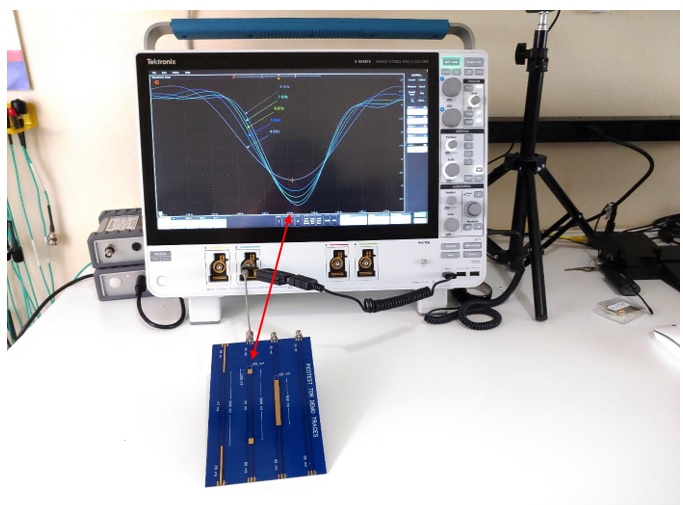 Figure 4 The demo board is connected to the TDR using a short rigid coax.  The oscilloscope is set to capture the discontinuity at 4GHz, 5, GHz, 6GHz, 7GHz and 8GHz.  The minimum impedance is also captured for each trace using a measurement function.

The resulting screenshot is shown in Figure 5. 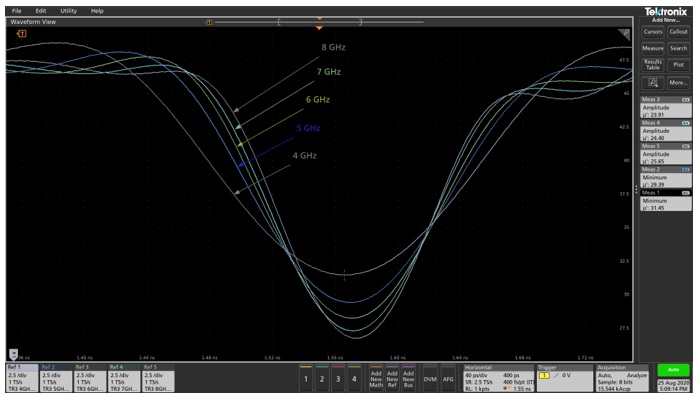 Figure 5  The discontinuity measured minimum impedance from 4GHz to 8GHz in 1GHz increments.

The TDR is 10.5GHz (33ps), and this is combined with the rise time of the scope for each bandwidth

The impedance minima are compared to the 8GHz measurement for each of the other measurement bandwidths:

At the Goldilocks bandwidth, determined for the 200mil discontinuity, the impedance minima are within 5% of the 8GHz measurement, validating the mathematical solution.

We can also determine the bandwidth needed to measure a cable or PCB coupon using this spatial resolution.  Trace 1 of the demo board is a 6-inch-long 50 Ohm trace.  Setting the resolution to 6 inches, again using a dielectric constant of 4, results in

Increasing the bandwidth to 8GHz does provide much finer detail.  The screenshot in Figure 7 shows the measurement averaged over the second two-thirds of the trace length.  This measurement indicates 47.3 Ohms, confirming that the result at 200MHz was within 5% accuracy.  At 8GHz, the SMA edge connector is also clearly seen on the left side of the image. 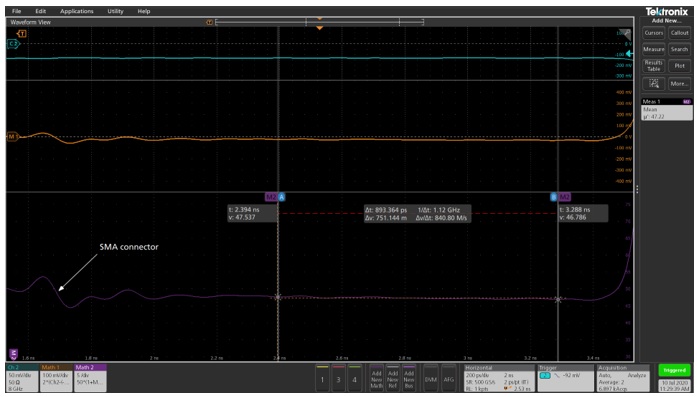 Figure 7 At 8GHz the SMA edge connector is clearly visible, and the trace provides a nice, flat region to measure over.  The mean is averaged between the cursors, placed over approximately the latter two thirds of the trace.

This methodology also applies to cable.  A 1-meter long PDN Cable is connected to the TDR as shown in Figure 9.  The oscilloscope shows the measurement at a number of frequencies, but we’ll focus on two of them. 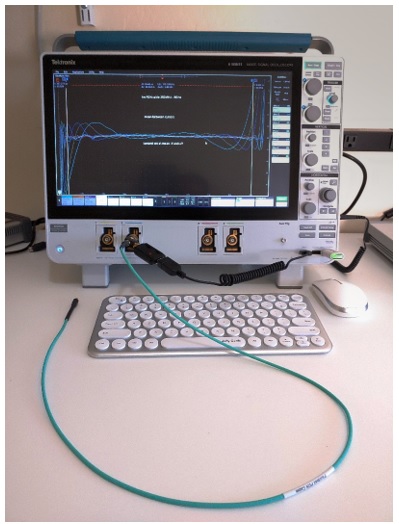 The cable, measured at 8GHz, results in the screenshot shown in Figure 9.  Cursors are placed at the connector launch on the left side and the end of the cable on the right side.  The cursor display shows that the flight time of the cable is 9.513 ns and this time represents 1 meter or 39.37 inches. 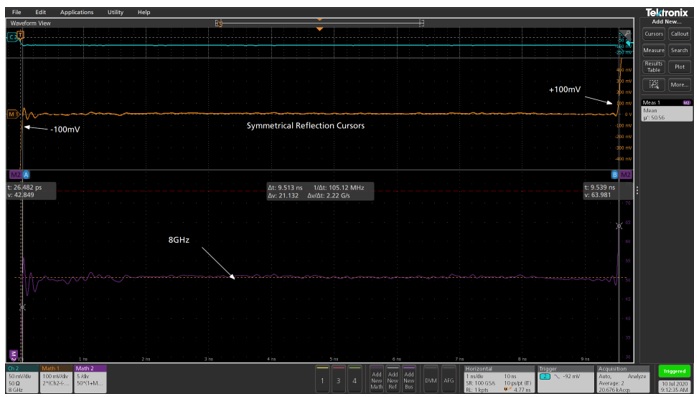 Figure 9  The cable measurement at 8GHz shows a signal flight time, measured using cursors, from the connector launch on the left, to the end of the cable on the right, of 9.513ns.  This time represents 1 meter or 39.37 inches.

Measuring the cable again, using a bandwidth of 200MHz results in the measurement shown in Figure 10. 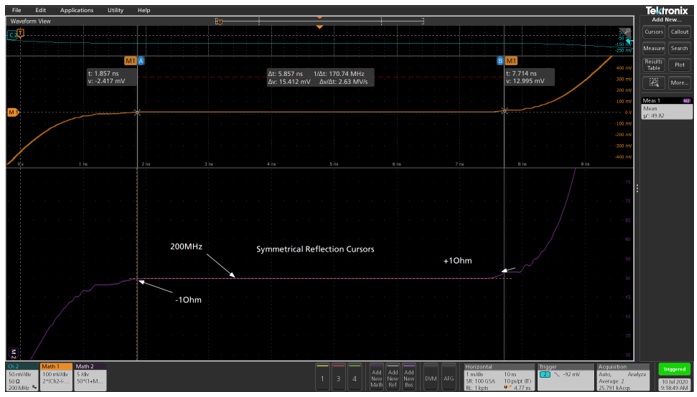 Figure 10 The cable measurement at 200MHz shows a signal flight time, measured using cursors, from the impedance -1Ohm to the impedance + 1Ohm, of 5.857ns.

The horizontal time scale hasn’t changed between Figure 9 and Figure 10, but the cursors are moved 1.857ns in from each end, resulting in this apparent shorter length.

Using the 9.513 ns flight time of the cable, the delay can be computed as an effective length

Calculating the spatial resolution of the cable, using the velocity favor of 0.7 and the measurement bandwidth of 200MHz results in

Which is within 2% of the correct cable length.

Using the special resolution, we optimized the performance of the TDR and mathematically defined the limits.  So, what is the Goldilocks frequency?

Even at low bandwidth, special resolution can be used to correct the actual trace length