Heidi Barnes, Jeff Most, and Mike Resso
No Comments 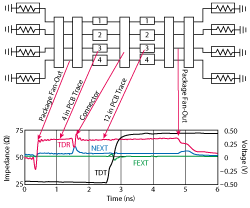 Figure 1 Distributed model of the physical channel and the resulting TDR and TDT.

Signal integrity (SI) is all about the losses and types of signal degradation that can happen along the path (channel) between a transmitter and a receiver. In a perfect world, transmitter communication would instantaneously be heard at the receiver and with no change in the signal.  Equalization methods exist both in the transmitter and the receiver to help correct for channel losses, but they have their limitations, and the channel must still have some minimal level of performance. SI engineers are faced with the challenge of how to characterize the signal losses that exist in the channel and identify the key elements that are controlling the performance. The use of time and frequency domain analyses for both simulation and measurements is a fast way of becoming an expert on a given channel design.

Starting with simulation, one can build a distributed model of the channel with measurements, EM simulations and/or algorithmic models that are cascaded together to predict channel performance. One can look at the output eye diagram to see the aggregate performance and do brute force simulations by varying hundreds of variables to find the best performance. The better option is to run quick time and frequency domain analyses to gain insight and reduce the design space that needs to be simulated. Figure 1 shows how time domain reflectometry (TDR) and transmissivity (TDT) can be used to get spatial information on what is happening to the signal as it travels through the channel. The TDR shows where reflections are occurring, which reduces the amount of signal that reaches the transmitter. The TDT shows how the rise time is degraded by material losses in the channel. The near end cross talk (NEXT) on adjacent channels shows which component is the likely source of noise coupling, by being coincident in time with the component’s TDR reflection. 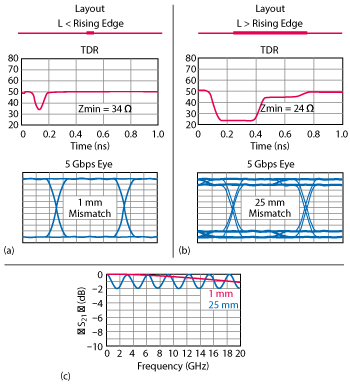 This is a very high level look at the power of time domain analysis. To become an expert at reading the TDR/TDT and frequency dependent losses, some very simple simulations can help. The two basic types of impedance discontinuities encountered in a channel are a series change in impedance and a stub that branches off the signal path. Simulating the series impedance discontinuity from a length that is shorter than the rise time of the signal to a length that is much longer shows two very different responses in the time and frequency domain. As the length of the discontinuity gets shorter than the rise time of the signal, the reflection gets smaller and more of the signal transmits through (see Figure 2a). At longer lengths, the double reflections off both ends of the series impedance discontinuity result in a forward traveling wave that is delayed in time and added back into the signal going to the receiver (see Figure 2b). This causes a rippling in the amplitude of the signal versus frequency. The ripple valleys are located at frequencies where the forward traveling waves are 180 degrees out of phase and deconstructively add (see Figure 2c).

Simulation makes it easy to create a stub and series impedance discontinuity with the same excess capacitance and delta impedance change, to see how these two types of structures compare in the time and frequency domain. It is not just the TDR peak height that matters, but also the subtle information from the double reflection occurring later in time. With these two simple simulations, an SI engineer can look at an eye diagram at the receiver, an S-parameter frequency response or a TDR/TDT time domain response and know whether the problem is a series or stub impedance discontinuity.

The spatial information that TDR/TDT provides can also be used for understanding and troubleshooting EMI problems coming from the physical channel. While there are many potential sources of EMI in high speed serial designs, the most typical is radiation caused by common currents generated by a differential channel. A common signal as small as 10 mV on an external twisted pair can cause an FCC certification test failure. In theory, if the drivers produce a perfect differential signal and the signal passes through a perfect differential channel, there will be no common signal generated. Unfortunately, in practice that is seldom the case. 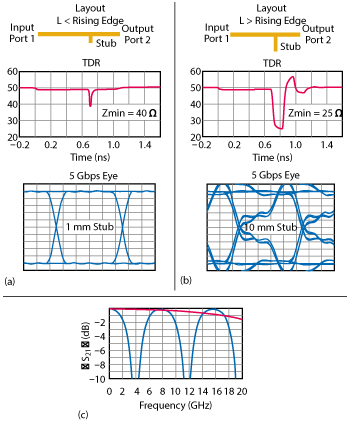 Assuming the driver is perfect and considering just the channel, any asymmetry in a coupled differential channel will convert some of the differential signal into a common signal. This is known as “mode conversion” (see Figure 4). Mode conversion is typically caused by asymmetries in the coupled lines, such as non-equal line widths and/or lengths, different “local” effective dielectric constants, or ground-plane discontinuities. TDR can help in two ways. The first is to determine if mode conversion exists. Using TDR, the channel at port 1 is stimulated with a differential signal and the common mode response at port 2 is measured. Figure 5 shows the measured results from a typical backplane. Three conclusions can be drawn from these test results:

The second way TDR can help is to look at the reflected signal to determine what in the device under test (DUT) is causing mode conversion. Figure 6 shows the measurement when stimulating the DUT with a differential signal at port 1 and measuring both the differential and common reflected signals at port 1. As the stimulus propagates through the channel, any asymmetry encountered will generate a common signal. Some of that common signal will propagate to port 2 and some will propagate to port 1, where it is measured as TCD11. Because the velocity of the common signal is similar to the velocity of the differential signal, features in the impedance profile coincident with the common signal can be used to determine the cause of the mode conversion. In this case, mode conversion is caused by the via fields in the daughter card and backplane.

Finally, key to the success of distributed channel simulation and measurement is the ability to measure just the DUT. At high frequencies this can be quite challenging, as the fixture starts to become a significant source of signal degradation, requiring advanced calibration techniques to remove the fixture from the measurement.

Figure 4 Asymmetry in a coupled differential transmission line will create a common signal at the output.

The most common calibration methodology is called TRL, for transmission (or thru), reflect and line. The constraints for the TRL standards are that the connectors and launches are all identical and all the transmission lines used for the thru and line standards have the same impedance, loss and propagation constant — only varying in length. The number of lines needed will depend on the frequency range covered by the calibration kit. The usable frequency range for each line is determined by comparing the phase of the line standard to the thru standard. Microwave test applications have used TRL calibration techniques for over 40 years with vector network analyzers (VNA). The TRL calibration technique relies only on the characteristic impedance of a short transmission line. From two sets of two-port measurements that differ by this short length of transmission line and two reflection measurements, the full 12-term error model can be determined. Due to the simplicity of the calibration standards, TRL can be applied in dispersive transmission media such as microstrip, stripline and waveguide. With precision coaxial transmission lines, TRL has provided the highest accuracy in coaxial measurements since 1975. 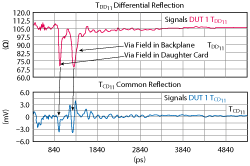 Figure 6 Using TDR to find the cause of mode conversion.

The latest generation AFR algorithms are often referred to as “one-port AFR.” This reference to one-port can be either a single-ended port or differential port, but in either case there is no thru measurement required. This enables much simpler and straightforward error correction, because the user can simply use the open ended fixture as a reference standard, saving design time and fabrication costs. Similar to the single-ended AFR, there is a differential automatic fixture removal method. The difference in this method is that the thru is differential; therefore, any coupling that exists in the fixture is also removed in the process. Besides needing to be symmetric (right to left), like the single-ended AFR the thru must also be symmetric top to bottom. Like the single-ended version, this takes less to implement and build than the related multiple TRL structures. 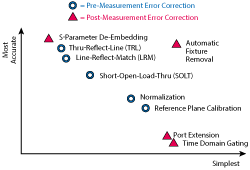 Figure 7 Assessment of the numerous error correction techniques for removing fixture effects on the DUT measurement.

A design case study was conducted to show an application where the 2× thru fixture was manufactured with typical PCB manufacturing tolerances of ±10 percent of the target impedance. This means the differential impedance of 100 V can be as high as 110 V or as low as 90 V, up to a 20 V spread in 2× thru impedance and, more importantly, a significant difference between the fixture to be removed and the 2× thru that is fabricated. Normally, one of the main assumptions in TRL and AFR is that the fixture and calibration 2× thru standard have identical impedance. Another breakthrough in calibration algorithms now exists, where impedance differences between the fixture and the calibration 2× thru standard can be tolerated. This provides new flexibility that improves accuracy and reduces implementation time by avoiding multiple board turns of the calibration 2× thru standard. This enhanced AFR algorithm will take the original measurement of fixture A + DUT + fixture B and compare it to the 2× thru. By specifying that the characterization fixture does not equal the DUT measurement fixture, AFR will use the actual fixture impedance and allow the proper impedance to complete the error correction methodology. The causality problem of having some erroneous response before time t = 0 is greatly reduced (see Figure 8). This novel feature offers another breakthrough for automatic fixture removal and S-parameter accuracy.

Signal integrity engineers have many tools available in the lab to make life easier.1 Microwave transmission line knowledge, calibration and error correction techniques, and time domain intuition all play an important role in identifying and resolving the root cause of problems. Simulation plus measurement techniques can help provide insight into the success of high speed serial channels.

Figure 8 Before (a) and after (b) TDR responses, showing the reduction in non-causal behavior using the enhanced AFR algorithm.