Is return loss positive or negative? This is a polarizing (pun intended) question in the engineering community. Ask RF engineers, and most will say positive. Ask signal integrity engineers, and all will say negative. Which is correct? I suggest, at this point in time, it is more efficient to adapt to the growing trend than to fight for historical accuracy.

In it, he lamented about the corruption of the term “return loss” he was noticing:

“I have noticed over the past year or so that the occasional incorrect use of the term return loss has now grown into a flood of misuse. Perhaps over 30 percent of all antenna papers submitted to the Transactions in the past twelve months have used return loss incorrectly.”

And this is among just RF engineers.

Here is the problem. The definition of return loss is:

For a linear, passive interconnect, the power returned, or reflected, will ALWAYS be smaller than the power incident. This means return loss will always be positive.  You would think this answers the question. But it is more complicated.

The reason return loss has such a non-intuitive definition is because of the way it was originally measured, before the introduction of the first automated network analyzer in the early 1960s by Hewlett Packard.

In the “old days” measuring the return loss of a device under test (DUT) used an RF power source and a power meter with a directional coupler between them and required a two-step process.

This process is illustrated in figure 1. 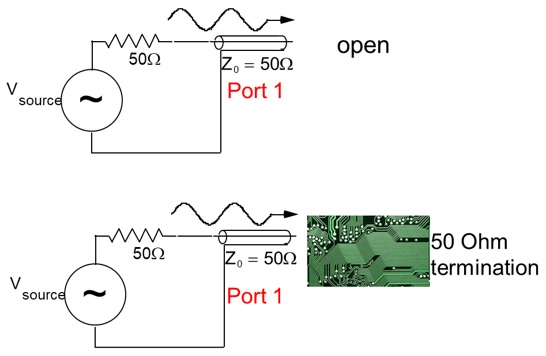 Figure 1. The old method to measure return loss. All the measured power back through the directional coupler is used as the reference.

The problem with the original definition of return loss is that we don't measure return loss this way anymore. Instead, we use a network analyzer and get all the S-parameters across a wide frequency range, with both magnitude and phase information, not just power.

When reflections are small, as in a well-matched system, the magnitude of S11 is also small, as a small fraction. Expressed in dB, the value of S11 for a DUT with small reflections is a large negative number, also a small number.

It is when we call S11 the return loss that we introduce confusion. Return loss is in dB and is always positive. S11, in dB, is always negative. While the two terms are related as S11[dB] = -RL, they are not the same, and their behaviors are opposite.

In the signal integrity world, we have incorrectly given the term S11, the nickname of “return loss.” We should not have done this. We should have just continued calling S11 the reflection coefficient.

But the industry has moved forward. We have to adapt. More than 10 years ago, Trevor Bird tried to stick his finger in what he saw as the crack in the dam, but it did not stop what has become the wave of confusion.

I am probably more guilty of spreading the confusion than most. When I teach S-parameters to engineers, many of whom come from an RF background, I pressure them into using the term return loss as synonymous with reflection coefficient. This has sometimes turned heated when I teach graduate students at the University of Colorado, Boulder, who have been indoctrinated in their RF  classes with the correct use of the term return loss. They complain that they use the term one way in their other classes and a different way in my class.

Rather than recommending we change our use of the term return loss back to the historical definition, I suggest that we all use situational awareness:

When we see S11, we think of it, and try to use the term, reflection coefficient, to refer to it, whether expressed as a magnitude or in dB. We try to avoid using the term, return loss.

S-parameters are confusing enough without adding more, unnecessary confusion. Confusion just adds entropy and one of our goals should be to reduce the entropy in the universe.

Of course, engineers are not the only ones who can view the same term in opposite ways depending on the context. Trying to reduce the entropy in the universe is such a good idea, it’s “bad.” It is such a cool thing to try, it’s “hot.”