The Ig Noble Prizes are awarded every year for an individual or group who “did something that makes people laugh and then think.” In our time of increased stress what a perfect combination of activities for engineers to participate and experience: laughing and thinking.

If you missed last year’s presentation of the Ig Noble prizes, you can catch the recording here.

The annual Ig Noble Prize Ceremony is sponsored by the science humor magazine (not a contradiction in terms), Annals of Improbable Research (AIR). Marc Abrahams, the creator of the Ig Nobel Prize Ceremony, master of ceremonies, and editor of the AIR, is also known as the AIR head.

The 29th Annual First Ig Nobel Prize Ceremony, held on Sept 12, 2019, opened with a paper airplane deluge. Where else can you see 1100 professors, professional scientists, science journalist and Harvard and MIT science students all throwing hundreds of paper airplanes at the stage, as captured in Figure 1? 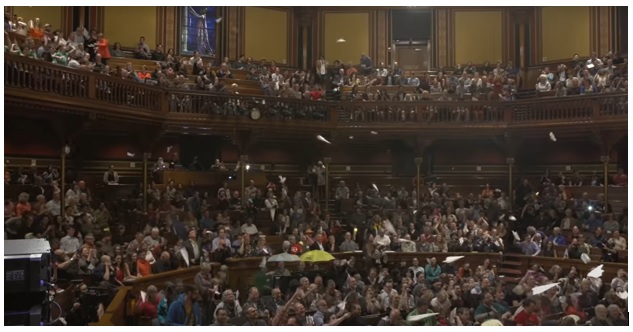 While giving visibility to a group of ten real scientific research projects published in peer reviewed journals, the annual ceremony is also totally irreverent, emphasizing that you should never take yourself too seriously, even if (maybe especially if) you are a professional scientist.

Silvano Gallus, for collecting evidence that pizza might protect against illness and death, if the pizza is made and eaten in Italy.

Each winning group gets 1 minute to present a summary of their astonishing research program. If they go over the 1-minute time limit, an 8-year old girl walks out on stage and repeats, “Please stop, I’m bored,” until the speaker stops. Last year’s Miss Sweetie Poo, an honorary title, is shown in Figure 2. 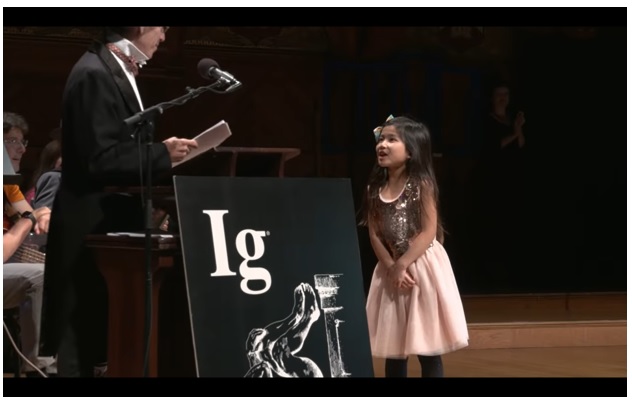 Figure. 2 "Miss Sweetie-Poo" demonstrating her incredibly effective way of getting a speaker to stop after going over their time limit..

The 30th annual First Ig Nobel Prize Ceremony will take place live on Thurs Sept 17, 2020. It will be streamed live this year and is available for anyone to view. Check out the home page to receive an update on the link to watch this seriously funny science ceremony.

The live event is always rebroadcast on the day after Thanksgiving on NPR’s Science Friday. In what other event have you ever attended where the mention of Ira Flatow’s name gets a roaring cheer from the audience of Ira!, Ira!, Ira! ?