A major driving factor leading to this report has been the consequences of the Russian invasion of the Ukraine. Packed with detail this 108-page report covers a total 17 classes of products as follows: six classes of linear amplifiers (broadband, limiting, low noise amplifiers, low phase, medium-power and high-power) and three classes of logarithmic amplifiers. Also covered are four classes of oscillators, frequency converters, synthesizers, transceivers and DRFMs. The numbers of OEMs involved are shown in pie charts within this report. The general layout is indicated in the following chart relating to oscillators: 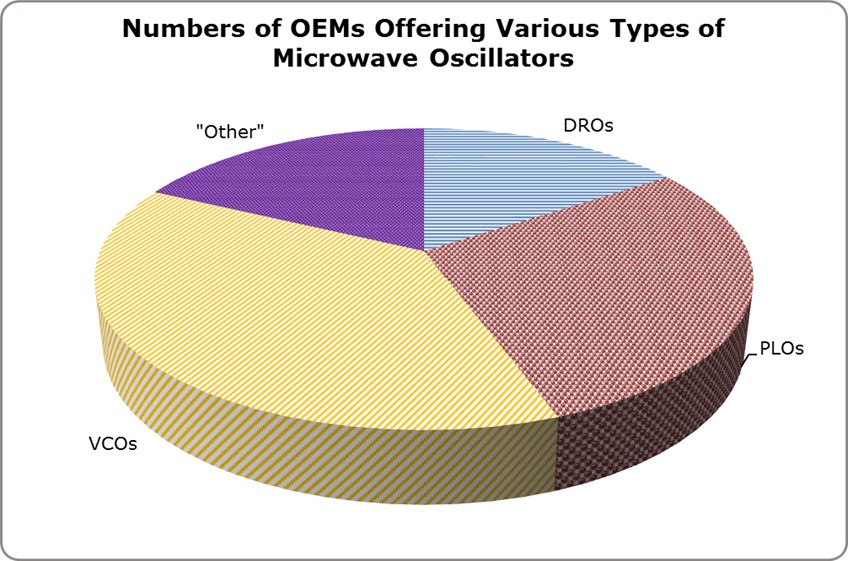 In total the markets for all 17 classes of products (combined) are worth $billions annually and grow continually from 2021 (base year) to 2029. A total 82 OEMs are identified and several of these are profiled. A substantial majority are headquartered in the USA. In this report the “Demand Side” is given particular prominence and many appropriate ‘Tier1’ and ‘Tier2’ companies are profiled. Several specific EW and radar systems are cited. Some relevant details are provided concerning NATO and Israel. The methodology used to generate this report is mainly ‘bottom-up’ for the data and was generally similar to that employed for other reports published by Engalco-Research.