At Diversey, we develop fully autonomous cleaning robots for spaces such as schools, airports, hospitals, warehouses, and other areas. Our robot is designed to clean around 40,000 square feet on a single battery charge. It contains 7 motors, over 50 sensors, multiple PCBAs, and wire harnesses. The robots are sold globally in multiple countries, so to sell a product around the world today means EMC compliance testing must be done for multiple countries or regions to meet multiple regulatory standards (e.g. CE, FCC, RCM, IC, etc.).

Consider a scenario (see Figure 1) where our autonomous cleaning robot is cleaning in a hospital hallway moving past a room full of MRI machines that are in operation. In this scenario, let’s consider what would happen if this product was not designed to be robust enough to mitigate possible electromagnetic energy interference being radiated from the MRI machines. What are the risks? What are the product reputation impacts if something goes wrong with the robot in this customer’s application?

The last thing any original equipment manufacturer (OEM) wants to hear is that their product caused damage to a customer’s facility, or even worse, someone got hurt. This scenario paints a good example of why it is important, and required, to meet various product standards to sell a product globally. The reverse is also true if our product during operation emits or radiates high levels of electromagnetic energy that can cause interference with other customer devices. In this instance, customers will not want to buy those types of products. For our commercial applications, EMC testing has become of further importance to ensure our products are robust to operate in multiple application environments in a safe and reliable manner.

The challenge is that EMC testing is not traditionally a quick process during the product development life cycle, since testing is usually done off-site at a third-party lab, where their schedule dictates the timeline of completion.

The Value of Pre-Compliance Testing

Most new products under development usually fail some sort of EMC testing the first time. The problem is most EMC testing at an off-site third-party lab is considered expensive. Typically, EMC testing off-site costs anywhere from $2,000 to $2,500 per day, depending on the type of testing being done. Usually this product testing occurs over at least one week, which means a company is spending around $12,500. Also, it is important to keep in mind, lab costs do not typically include the company’s engineering time or the time to ship this company’s product between their R&D facility and the EMC testing lab.

Now, let’s paint a typical picture with a product under development where the product has failed EMC testing three times. In this case, your development team is stuck in the 1st loop shown in Figure 2, which is preventing you from launching your product to sale in order to generate revenue for your business. Experience has shown that it is extremely difficult to recover in this type of scenario.

If your engineering team has some EMC pre-compliance testing available in-house, the possible scenario flow is depicted by Figure 3. In this case, the team has the flexibility to address the unknowns. With the robots being very complex, the engineering team might integrate third-party products. When in-house pre-compliance testing is not an option, a lot of time is lost trying to resolve issues outside of the team’s control. Alternatively, with in-house pre-compliance testing, issues with third-party suppliers and EMC problems can be addressed and mitigated at a very early stage in the development cycle. This can also give one more time to find a new supplier. In other cases, with EMC pre-compliance in-house, there is an ability to test early in the development cycle.

Now, let’s define our R&D development timelines and EMC testing costs, to assign to each of the two defined scenarios. These estimates are shown in Table 1. (The costs shown are arbitrary to provide the model of how to do the calculation, and engineering overhead rates could vary from $75 per hour to over $100 per hour, depending on the organization and the location.

Tables 2 and 3 depict estimated timelines and the incurred R&D Development and EMC Testing Costs to iterate through the above mentioned scenarios three times before completing EMC testing. In these instances, we can see in scenario one that the costs for all estimated engineering time, engineering travel costs, shipping costs, and EMC testing is around $91,000. Whereas for scenario two, these costs are less, around $43,000. Also, there is an EMC testing effort completion timeline difference of six weeks between both scenarios.

In order to take a bigger look at the overall impact on revenue lost on the business side from not having EMC pre-compliance in-house, let’s define some sales and product revenue estimates, which are shown below in Table 4. Similarly to Table 1, the numbers shown in Table 4 are arbitrary. Referring to Figure 4, we see that the six week delay in product launch has occurred due to all EMC testing being conducted off-site, which leads to a $1.9 million loss in revenue. That is significant! In this case we could have supported another project development effort with that lost revenue, not to mention the possible impacts of lost market share on the company’s product in comparison to other competitors.

How To Build In-House Testing Capabilities

In the majority of cases, it is relatively simple to have electrostatic discharge (ESD) pre-compliance testing in-house, since you need an ESD gun, a ground plane, and a few other parts to build your testing setup. However, it will ultimately depend on the test plan and product testing needs.

For EMI or radiated emissions measurements, you will need a few more pieces of equipment to make an effective testing setup. Anechoic chambers are most commonly used for indoor EMI testing since they are fantastic at creating a low noise environment by absorbing electromagnetic waves. The problem is Anechoic chambers are very expensive. In order to ensure you are making accurate pre-compliance EMI measurements of the equipment under test (EUT) you need a solution to mitigate the high possible ambient noise sources in your facility. In the Diversey facility, we have ambient noise well above the Class A limits at various frequenies. EMI tents today, like the one shown from Select Fabricators [1] in Figure 5, are capable of 100dB attenuation at 1 GHz. This amount of attenuation is more than enough for the typical radiated emissions limits (e.g. Class A or Class B). Further, when using the time domain scans from Rohde & Schwarz ESRP3, eight full Quasi-peak scans from 30 MHz to 1 GHz can be done in less than 45 minutes. The only limitation is how fast you can reposition your antenna or equipment under test (EUT), to make the next measurement.

There are multiple levels or limits for radiated emissions, which vary depending on the product application. As an example, see figure 5 for examples of various types of equipment and corresponding applicable standards. For the sake of discussion here, we will only discuss FCC unintentional radiator Class B and Class A limits, which are both harmonized from 30 MHz to 1 GHz with the CE requirements for RED. Thus, I will refer to the limits only as Class A or Class B in this article. Some products will be tested to the Class B limit for residential application, whereas for industrial products they would be tested to meet Class A limit, which has a 10 dB higher limit. 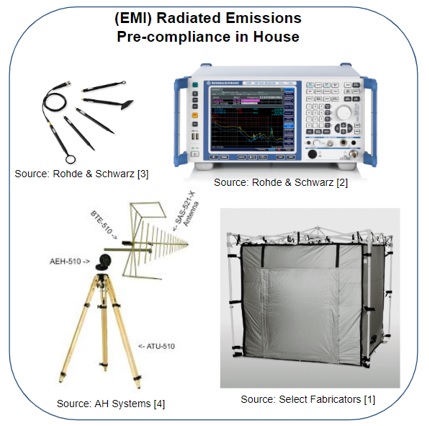 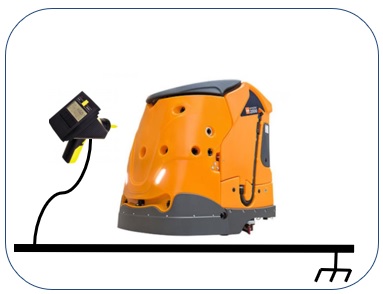 Referring back to Table 2 and 3, when we subtract the costs incurred from scenario two ($43,000) from the costs incurred from scenario one ($91,000), a difference of $48,000 is achieved. The $48,000 savings more than pays for a basic EMI pre-compliance setup shown in Table 5 or Table 6. In other words, the return on investment for EMC pre-compliance test setup is immediate, and the setup pays for itself within the first project development effort. Not to mention, the ROI for revenue savings of $1.9M shown with scenario two pays for EMC pre-compliance testing setups multiple times over.

To further this, as an example, our more recent product launch cost was over $70,000 in total EMC lab testing, in order to sell in a global market (US, Canada, EU, Russia, Australia, New Zealand, S. Korea, etc.). The first time the robot was shipped to the EMC testing lab, we passed all testing which included radiated emissions (EMI), ESD, and radiated immunity. In that instance, we were extremely confident that we would pass since we had completed multiple iterations of EMC pre-compliance testing at our engineering facility. This meant that not only did we launch on time, we were actually early with our schedule for compliance testing. In other previous examples with EMI pre-compliance testing setups, we were able to shave three months off of the product development schedule, to resolve very complex EMC issues and launch our product.

Figures 8 and 9 shown below provide test setup examples that Diversey developed and used to conduct in-house EMC pre-compliance testing. For Figure 8, it should be noted that the ground plane is terminated to earth ground. As shown by Figure 9, the ambient noise floor, measured with an ESRP3 in the Select Fabricators EMI tent, with all correction factors turned on, is around 10dB lower than the Class B Quasi-peak from 30 MHz to 1 GHz. The Bilogical Antenna shown in Figure 9 is from AH System (MPN: SAS-521-4) and can measure from 25 MHz to 4 GHz which covers the most critical measurement range for EMI testing (defined by FCC, RED, etc.) from 30 MHz to 1 GHz. The antenna correction factors are the same for both horizontal and vertical polarizations. Because of this, it is very easy to switch the testing setup from vertical to horizontal, in order to make a new measurement, by only rotating the antenna.

We used a third-party EMI lab to validate that our EMI testing setup is typically 3dB to 5dB higher in measurement in comparison to a certified EMI test setups. If we wanted, we could add an additional correction factor to our EMI setup to compensate for the frequencies where we see this measurement delta. Ultimately, with the EMI testing setup, we know with confidence that if we are at or below the respective limit, we will pass the EMI test off-site at a third-party lab with 3dB to 5dB of margin from the quasi-peak limit.

In addition, with the ESD test setup, we also know with high confidence that if we pass our in-house ESD testing, we will pass the off-site ESD testing at a third-party lab. 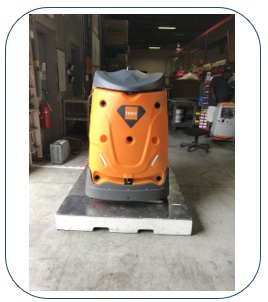 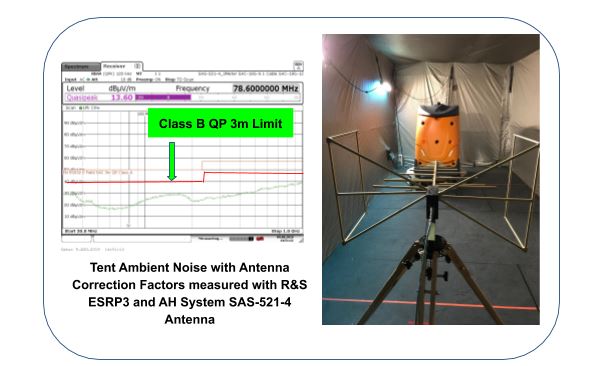 WHAT DOES IT TAKES TO TROUBLESHOOT EMC IN-HOUSE?

Today there are multiple suppliers who can provide customer solutions or samples to engineers, to help troubleshoot EMC issues in-house. These suppliers can help prototype various solutions to test on company’s products quickly. Figure 10 provides a quick depiction of some of the solutions available in the market. The point being made is that the tools are more easily available for your internal R&D engineers to access, in order to allow them to be successful with mitigating issues.

Figure 10 - Depiction of EMC Troubleshooting Options to have in-House

There are always unknowns in new product development cycles. The question that needs to be asked is how should your engineering team prepare, to be agile in developing these complex products? In-house EMC pre-compliance testing can provide a more accelerated and agile method to mitigate these issues. Further, in-house EMC pre-compliance testing can save costs for recurring product lifecycle efforts or product feature updates, as well as have a huge payback on your R&D development efforts with ROI being immediate.