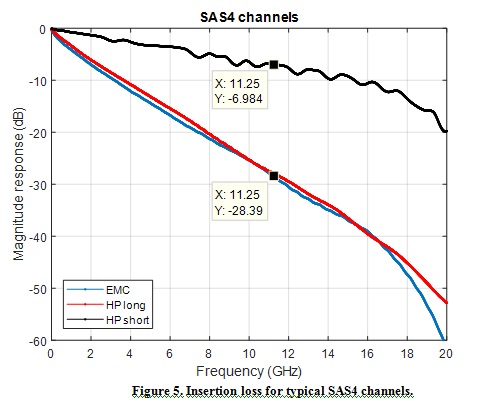 In this section, we examine the errors at the receiver output for data sent over the EMC long channel shown in Figure 1.  In particular, we look at the distribution of the length of bursts of consecutive bits in error and the number of 5-bit symbols in error per FEC codeword.

Figure 6 shows the burst length distributions at selected AWGN noise amplitudes.  The longest burst observed was 10 consecutive bits in error, which could impact 3 consecutive 5-bit symbols.  For the cases with higher signal-to-noise ratio (SNR), it is very unlikely that two or more short independent error events would affect the same frame and overcome the error correcting capability of the FEC.  In these cases, there is still a significant likelihood that a single burst of 7 or more bits in error affecting three symbols could defeat the FEC. 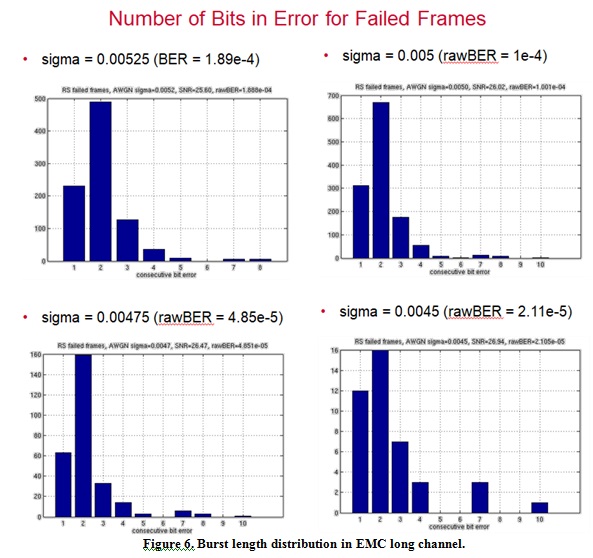 Figure 7 shows the distribution of symbols in error within the FEC frame.  The symbol error distribution shows that the first and last symbols in each frame are more likely to be found in error than average.  These locations are influenced by the header bits which take values of either 01 or 10. This observation can be explained by insertion loss related to the intrinsic Nyquist property of the 01 10 encoding overhead, and implied that using non-Nyquist patterns such as 128b/132b encoding (1100/0011) could be a better solution with slight increase on encoding overhead. 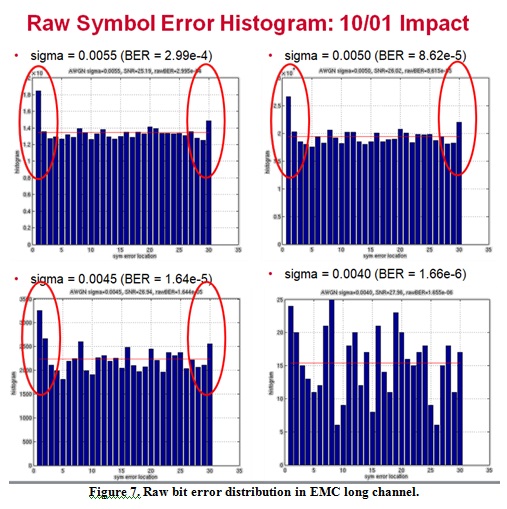 The most likely failure mode for the SAS 24G FEC with high insertion loss channels is a single burst of 7 or more consecutive bits in error leading to three symbols in error. Interleaving code words offers a means of breaking up this error pattern without increasing the error correcting capability of the FEC, which would introduce additional overhead.

Without doubt, interleaving will introduce extra delay. However, with the short FEC code length we use, the interleaving delay could be controlled in an acceptable range. 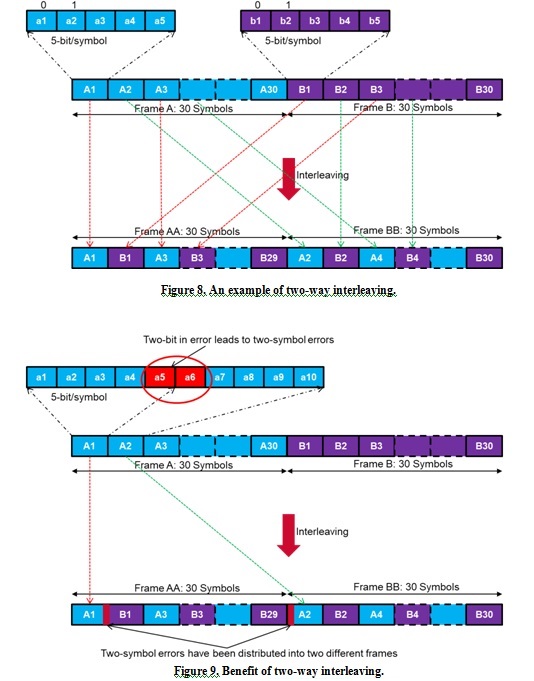 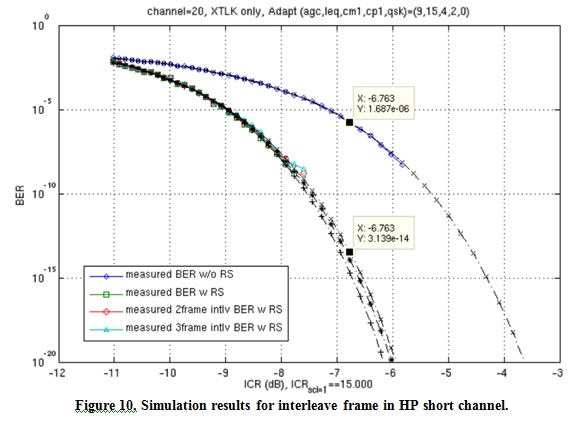 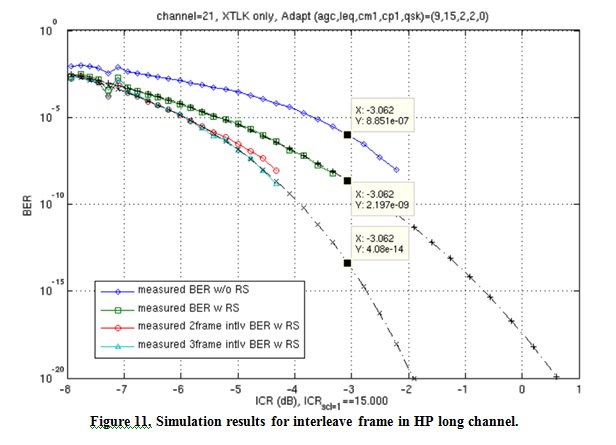 To reduce introduced latency, we used a very short FEC code RS (30, 26).  The disadvantage of the shorter FEC is that error correction is modest. The aim of our study is to find a good trade-off between code word length and error-correction capability of FEC for SAS4 channels.

For all the three RS codes above, we ran simulations with AWGN only and with AWGN/jitter/crosstalk combined noise for various SAS4 channels. All simulations have the following common conditions:

We have shown in Figure 2 that RS(30,26) code is not strong enough to handle EMC long channel. RS codes with better error-correction capability are needed for SAS4 channel in order to meet raw BER = 1e-6 to after FEC BER = 1e-15.