Figure 1. Smith presented a tutorial on PDN design to a packaged room at DesignCon 2018. 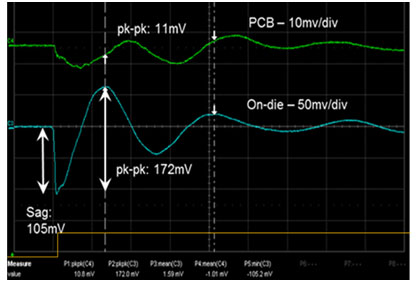 Figure 2. The measured rail voltage on a die when a single clock edge triggers many gates to switch, consuming charge showing the initial voltage droop.

“The forcing function that drives the di/dt through the inductor is the voltage droop on the die from the charge consumed from the on-die capacitance,” Smith says.  This is illustrated by the relationship,

Low lead inductance is required to enable a higher di/dt which will replenish the charge on the die and more quickly reduce the voltage droop on the die. 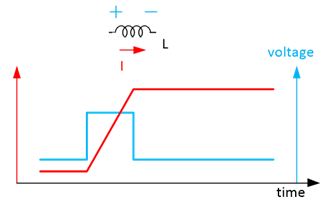 Figure 3. The step change in voltage across the inductance drives the di/dt which will replenish the on-die charge.

Smith says that getting the cause and effect right is key to understanding the root cause of on-die PDN noise which is the first step to engineering acceptable noise.