Your Next Must-Have Widget: the Electro Turbo Encabulator

When I built my first Encabulator fifty years ago and was able to measure the inverse reactive current in unilateral phase detractors with display of percent realization, I was hooked.

But after more than five generations of the Encabulator, I now have my heart set on the newest version, the Electro Turbo Encabulator. When you see what it can do, you will also realize you cannot live without one.

When I was a kid, I tried my hand at building all the latest cool gadgets I read about or saw in the news. I built an Interocitor, based on what I learned in the film documentary, This Island Earth, but I could never get the directed energy version of the planetary generator to work. The details in the film were incomplete.

I was tempted to build a flux capacitor, but when I dove into the specs, I realized this was just a made-up movie prop and would never work as described.

My first Encabulator was based on the original 1944 student design published in the Electrical Engineer’s Student Quarterly. When the marsel vanes first turned, and I got my first measurement of the magneto reluctance, I knew this was the widget for me. I was ahead of the times. Once the big industrial giants got wind of this incredible marvel of machining might, they jumped in with their versions.

First, there was Chrysler.  Bud Haggart, famous for his other training videos, introduced me to the Turbo Encabulator. It produced power by the modial interaction of magnetic reluctance and capacitive duractance.  I was never able to get any samples of the prefamulated amulite they used for their baseplate, so could never get my Turbo Encabulator to reciprocate.

Luckily, Chrysler followed up their descriptive video with a training video on how to actually test the Turbo Encabulator using a DRB2 Geiger Scale meter. Without the heavily guarded user manual, though, I was never able to interpret the complicated error codes to debug my unit, based on their designs.

The version of the Turbo Encabulator introduced by Dodge was released a little before its time. It failed spectacularly in the initial run, live on air.

But Rockwell Automation was able to push the limits for the Encabulator and created the Retro Encabulator. I think a large part of their success was standing on the shoulders of the giants before them. As they said, “Such an instrument comprised of Dodge gears and bearings, Reliance Electric motors, Allen-Bradley controls, and all monitored by Rockwell Software is Rockwell Automation’s ‘Retro Encabulator.’" An example of the lotus odeltoid type winding generator is shown in Figure 1. 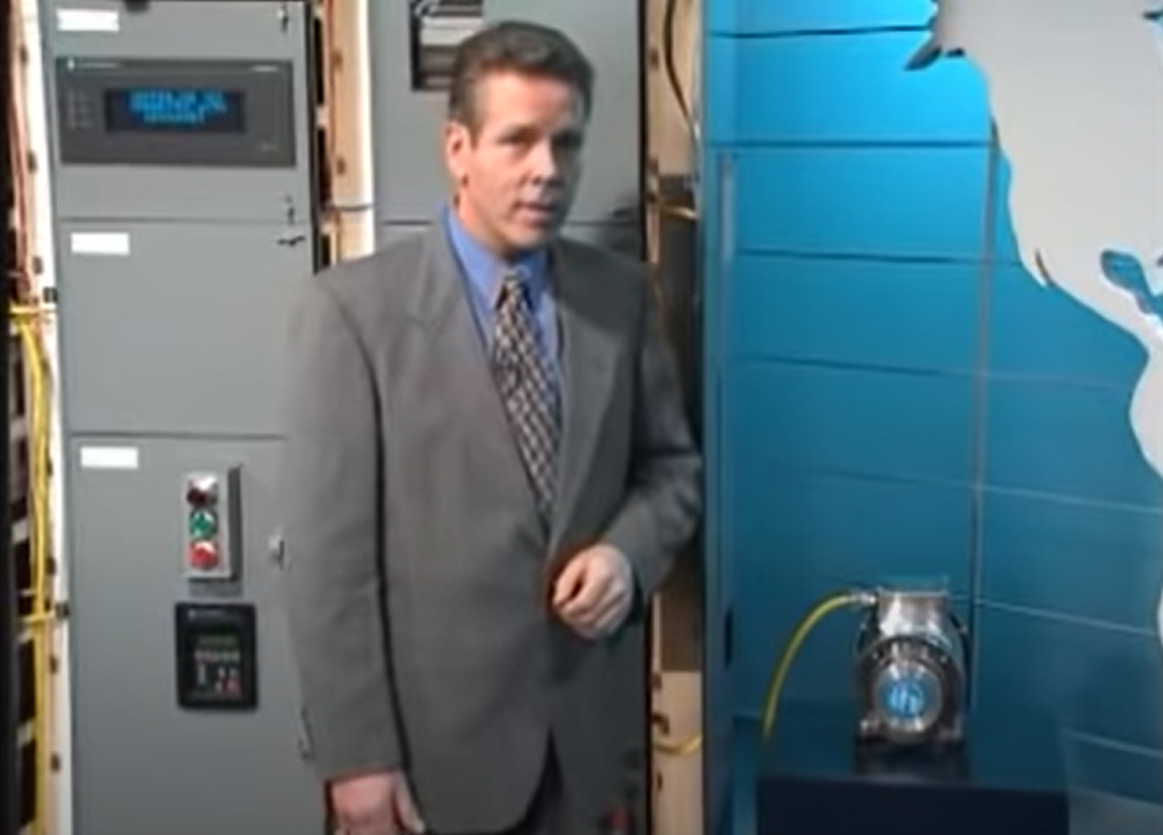 Figure 1: Rockwell’s spokesperson demonstrating the generator of their version of the Turbo Encabulator.

For me as an electrical engineer, all of the Encabulator designs were missing that essential element of connection to electricity. That’s why the unit introduced by Keysight on April 1, 2021, became my new, must-have widget.

I am a big fan of Dan Bogdanoff who creates YouTube videos that are both entertaining and filled with useful demonstrations. I have my students watch them and then quiz them on the new insights they learned from Dan.

Imagine my surprise when I watched one of his latest videos where he revealed Keysight’s version of the Electro Turbo Encabulator. This was exactly what I had been waiting for.  It is shown in Figure 2 with Dan. 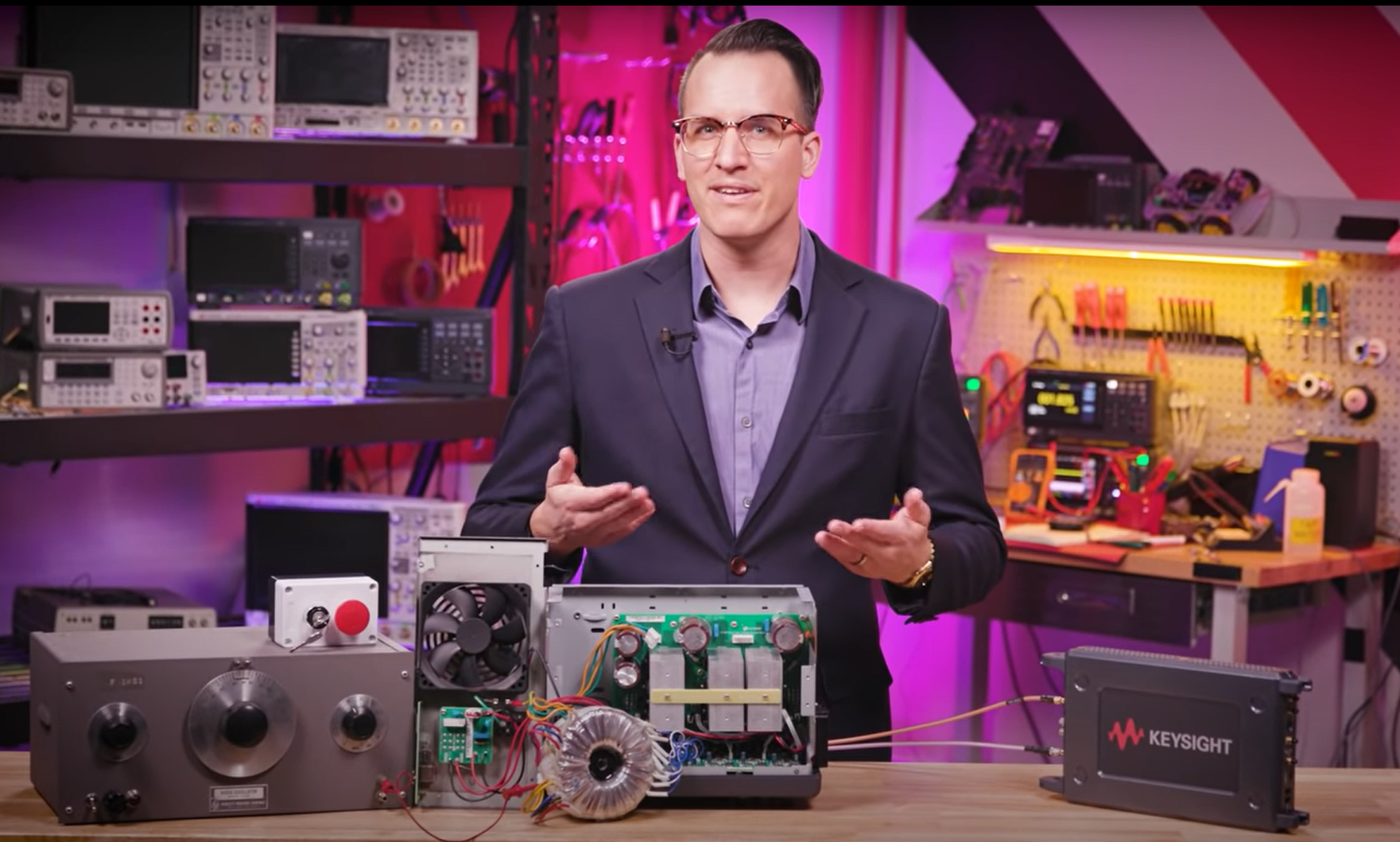 Finally, a unit that got the capacitive duractance working. The real innovation is the new IC developed for quantized entanglement realizers (QER). But, when they opened the cover, its wavefunction had collapsed into the dead state and it was not there. This is seen as the empty pads in the lower right corner of Figure 3. 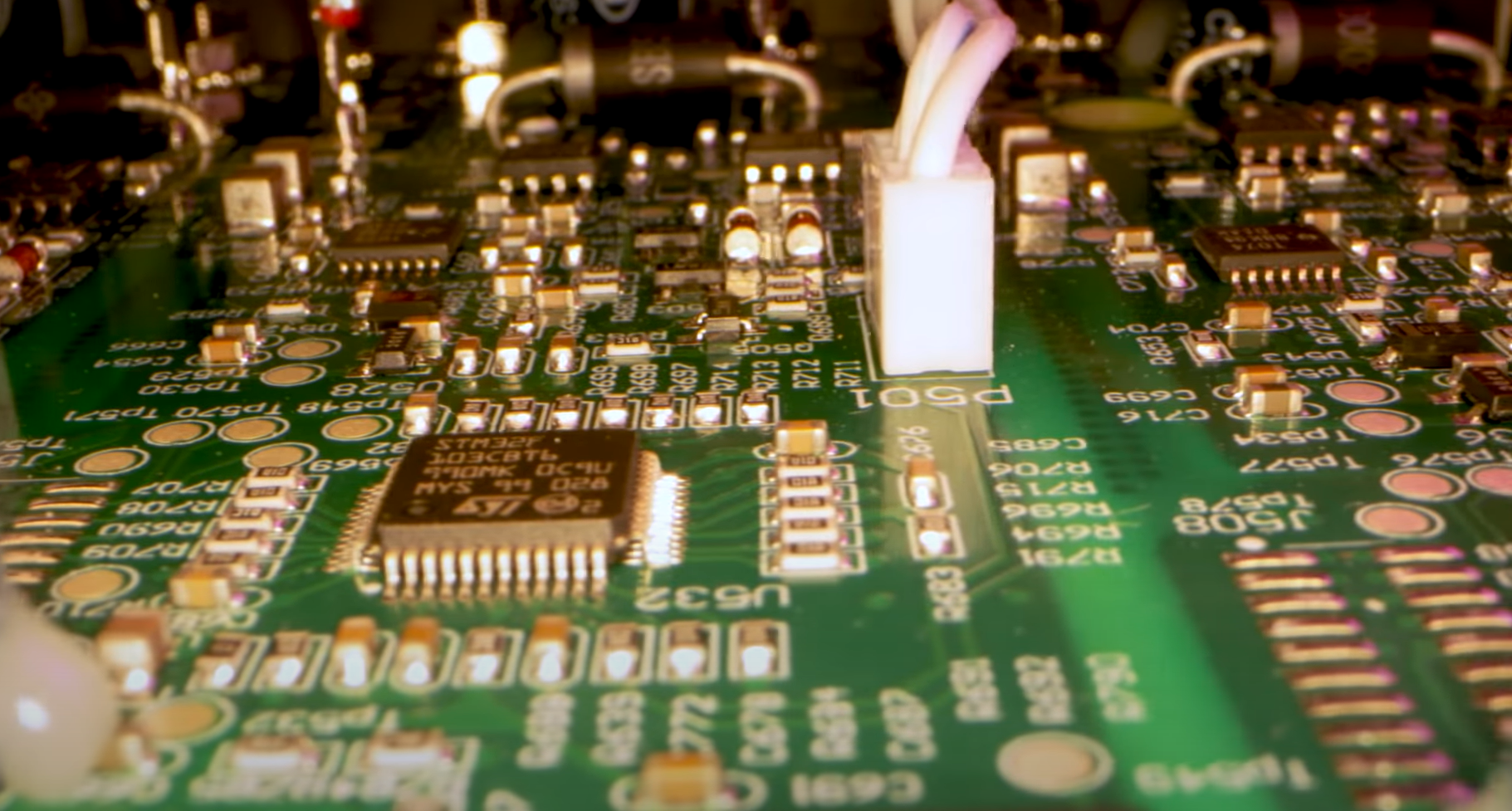 Figure 3. The QER chip was collapsed in the NOT state when the cover was opened to take this photo, hence the empty pads.

When he mentioned the molecular wiring path embedded in the circuit board, I knew I had to have one. Unfortunately, it is currently priced out of my range. Dan says if you have to ask the price, you can’t afford it, and Keysight charges per electron.

I am hoping that if I suck up enough to Dan, he will send me one of the units that “fell on the floor.” If they were to send me a unit, I would be willing to work with Keysight to develop a student version. We could call it the Electro Turbo Retro Encabulator, Student Version, maybe defeatured with only 2 of the requires 6 marsel vanes.

Did I mention how much I love Dan’s videos and recommend everyone check them out?