Smartphones. Smart watches. Tablets. Wearables. Bluetooth headphones. Our lives are becoming increasingly dominated by a collection of smart devices that, by necessity, have to travel on the go with us. Anyone waiting for that trend to slow down shouldn’t hold their breath; the IoT has nowhere to go but up, and at a faster-than-ever pace. In fact, with the Internet of Things expected to span tens of billions of devices by 2020, concerns about smart device designs – particularly, concerns about battery life – are only going to become more acute.

Battery life has long been the thorn in consumers’ sides when it comes to any smart device. And, it’s no coincidence that longer and/or more efficient battery lives are often one of the first things that smartphone manufacturers will tout when rolling out their newest model. If our lives and jobs and ability to get around on a daily basis hinges on our smart devices, and those smart devices hinge on their batteries, then essentially the whole world revolves around battery life. Which makes the idea of batteries that deplete quickly, and deplete often, not just frustrating, but counter-productive and even detrimental to how we live and work.

Or, does it? The future of this battery life conundrum is laid out on two paths, defined largely by cultural and regional preferences around device – and battery – size.

In the west: Small phones and fast charging

Engineers and manufacturers are rushing to deliver cutting-edge innovations in longer, more efficient battery lives to customers. But, their customers have largely moved on.

The fact is, today, smart device users have had years to become accustomed to plugging in their devices multiple times a day. Because of those ingrained expectations, the need to plug in their phones more than once a day isn’t looked at as a deal breaker. Naturally, if it was, we’d see sales and interest in devices that require frequent charging to drop off dramatically. That hasn’t happened.

What users really want is to spend less time waiting for their devices to charge. If they could plug in their phone or tablet or e-reader, and watch its battery jump back to near 100 percent in minutes, if not quicker, then they wouldn’t mind needing to do that a few times a day. As it is, they’re already charging that frequently. The relatively smaller batteries of mobile devices in the U.S. and Europe mean they need to be regularly recharged.

Your average smart device user is less frustrated by the number of times they need to plug in than they are by having to plug in and watch that battery percentage tick up very slowly – or, seemingly barely move at all.

Fast charging – where the 5V standard voltage of most USB-based smartphone/tablet power supplies is converted to another non-standard voltage and/or current – offers a solution to that problem. And, as long as customer expectations already align with fast charging, manufacturers and engineers would be better served by shifting their focus from battery size to charging speed, emphasizing smaller-form devices that charge up quickly.

That is, of course, only true if your customer’s expectations align with that preference. Because while that may be the case in western markets, in other regions, particularly East Asian markets like China, customers have put a resounding emphasis on preferring bigger phones – and with them, bigger batteries. And, whereas western users might want fast charging to be prioritized for their preferred smaller phones, Chinese customers are voting with their dollars to make it clear they want the bigger-model devices, with the bigger battery lives to match.

That’s not to suggest that we should think of these preferences for bigger-sized devices and fast charging as mutually exclusive needs. Just the opposite: because of the relatively high charging requirements for batteries in larger Chinese devices, fast charging is already a must-have. Without it, these devices would take even longer to charge up.

Of course, the big-name smartphone and tablet brands don’t retool the size of their devices – or the batteries inside – based on where they happen to be selling; every country gets the same phone. But, when you consider that those brands are increasingly losing market share to local Chinese companies like Huawei, Oppo and Vivo – which are succeeding with bigger phones and bigger batteries – engineers and manufacturers catering to more than one audience should consider how regional preferences for bigger vs. smaller form factors should impact their ability to deliver on fast charging.

Shifting the focus from size to speed

Up until now, smart device makers have largely focused their battery improvements on size: fitting more battery into the same or smaller form factors. But, now these same manufacturers need to take stock of whether that’s actually the direction their customers are moving in.

The attraction to a smaller-form, fast-charging battery is clear for developers: allowing them to focus on optimizing the rest of the device’s design, knowing that fast-charging adapters will be available to replenish that battery quicker than ever before. But, it’s important that engineers and manufacturers alike recognize that not all markets are looking for the same approach to battery and device size, and ensuring that as they push fast charging further into the mainstream, they’re making it available to both smaller- and larger-form devices, accommodating all users’ preferences. 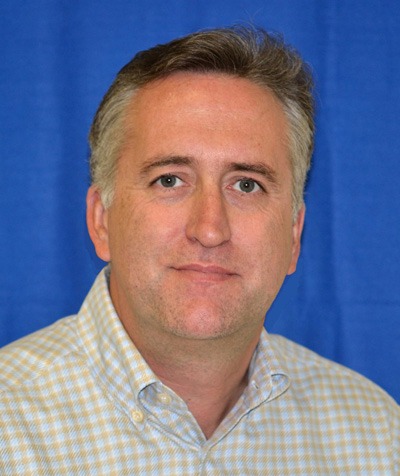 Scott Brown joined Dialog Semiconductor when it acquired iWatt in July 2013. He joined iWatt in 2011 with over 20 years of strategic experience in the Analog semiconductor industry, spanning business, marketing and operational management. Scott has a deep knowledge of the global Power Management market and previously held management positions at National Semiconductor, Micrel, ON Semiconductor and Catalyst Semiconductor. He holds a BSc degree in Electrical and Electronic Engineering from Brunel University, UK.