There are many questions about measuring Power Delivery Networks (PDN), but these two are very common ones.  Why do we calibrate the 2-port measurement with a 1Ω shunt resistor and why do I use DC blockers on both ports?  In this article I’ll provide responses to both of these questions.  The measurement setup in Figure 1 is an example where I used both the 1Ω calibration and the inclusion of the DC blockers. 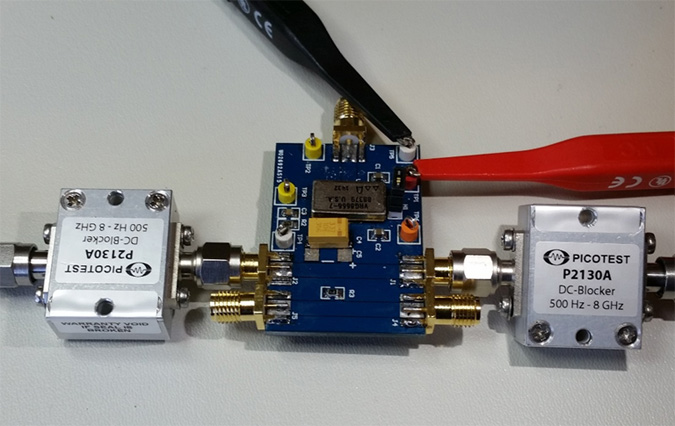 Why are DC blockers used on both ports?

The second question is easier to answer than the first, so let’s answer that one first.  There are two reasons for the use of the DC blockers.  First, the standard 2-port measurement connects both instrument ports (typically 50Ω) to the VRM being tested. These ports result in a load current of Vout/25 and this can be significant in comparison to the device loading.  For example, measuring a 2.5V low power voltage regulator the port loading would add 100mA of output current.  This 100mA can be more than the maximum load of the device, can overload the regulator and can greatly alter the regulator performance, which is load current dependent.

A low frequency DC blocker can still allow a significant voltage transient when the regulator is powered up, so be certain that your instruments offer transient protection and power the regulator gradually if that is possible to minimize the transient energy. 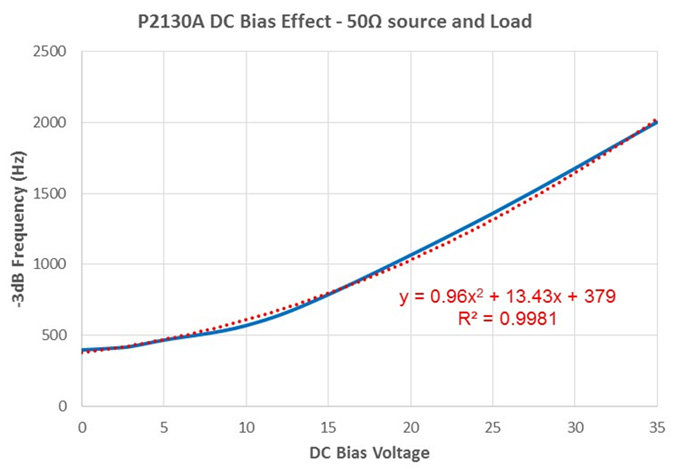 Why use a 1Ω shunt calibration?

A frequent question is why I calibrate using this unusual method.  The test board shown in Figure 1 also includes two SMA connectors connected to a 1Ω shunt resistor (R3) for calibration of the 2-port measurement.  There are several reasons I use this method. 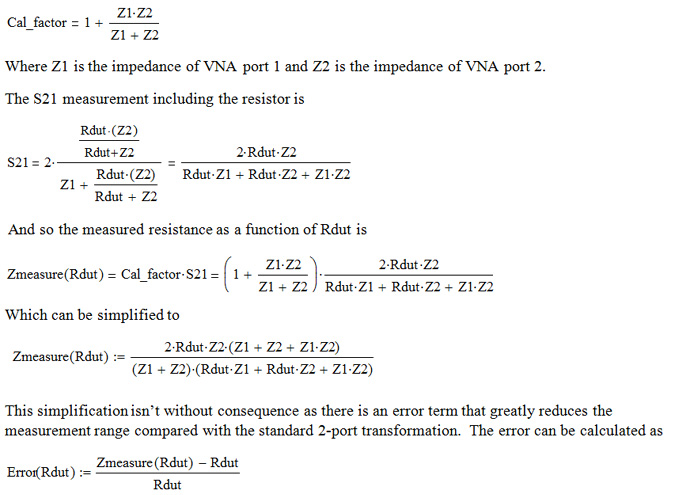 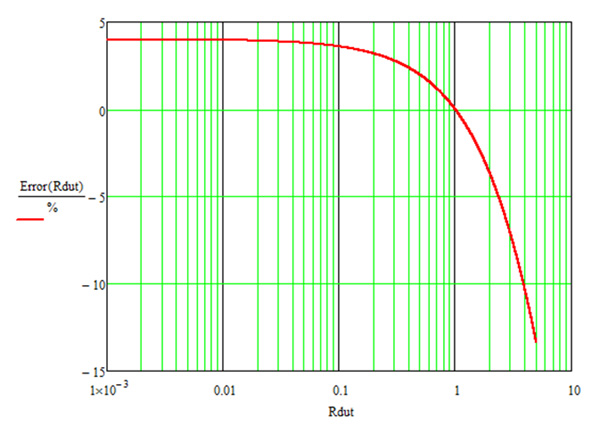 Figure 3 Measurement error as a function of the resistance being measured. The maximum error due to calibration is +4% and -5% corresponds to a resistance value of 2.37Ω. 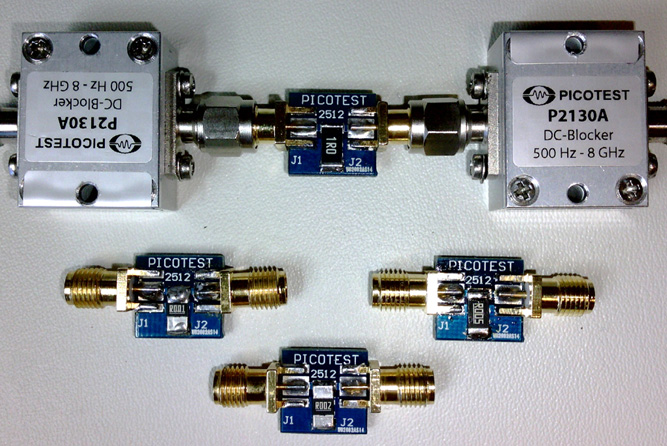 Figure 4. The VNA and DC blockers are shown connected to a 2512 size 1Ohm resistor.  Similar resistance values of 1mΩ, 2mΩ and 5mΩ are shown in the foreground.

The pre and post calibration sweeps along with the measurement sweeps for 1 mΩ, 2 mΩ and 5 mΩ resistance values are shown in Figure 5.

Figure 5.  VNA measurement sweeps prior to calibration, after calibration and for the three low value resistors

The post calibration sweep is flat a 1Ω confirming the THRU calibration was performed and applied.  The low frequency resistance values are reported as 1.2 mΩ, 2.3 mΩ and 5.6 mΩ while the corresponding inductance values are 420 pH, 500 pH and 660 pH respectively.

For comparison purposes, the resistors are measured using a 1 amp current source and a precision voltmeter as shown in Figure 6. This figure shows the results for the 1Ω calibration resistor. 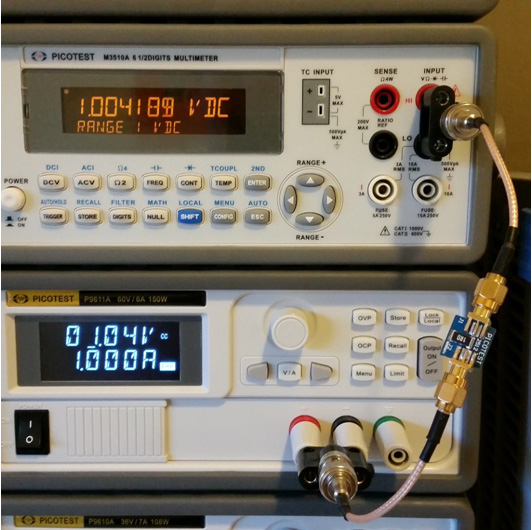 The DC measurements of the three resistors are 1.08 mΩ, 2.14 mΩ and 5.26 mΩ respectively.  The VNA measurements are within 10% (1dB) for all three low value resistors using this simple 1Ω shunt calibration technique.