Radar and wireless systems demand high-performance, signal processing, and the ability to handle massive amounts of data moving in and out of compute devices. The Versal Premium series with AI Engines from AMD-Xilinx is built for those requirements, optimized for signal processing-intensive applications in the aerospace and defense (A&D) and test and measurement (T&M) markets. Primary use cases include radar applications, signals intelligence, wireless system testing, and wireless device testing. 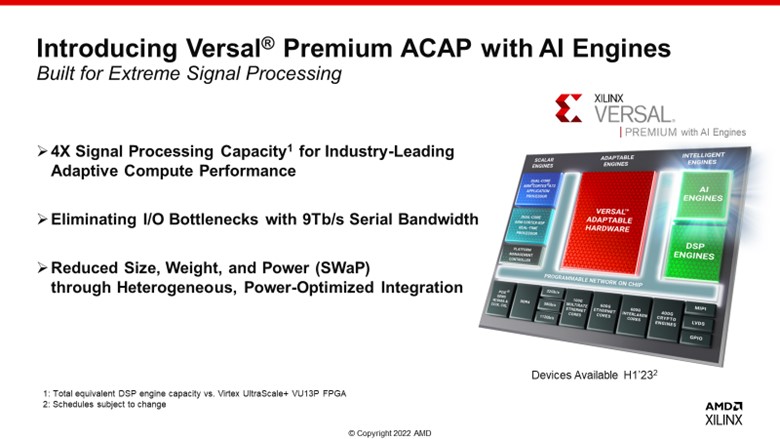 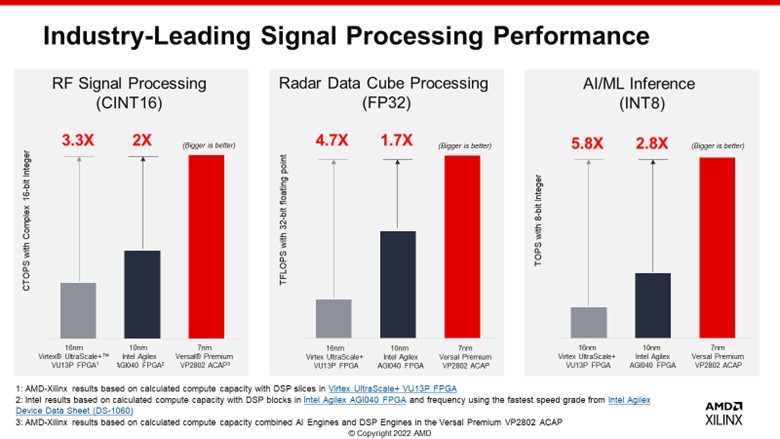 By offering the heterogenous integration of both AI engines and DSP engines, A&D and T&M customers are able to assign the right compute engine for the right task, from A&D radar applications such as adaptive beamforming, to signal processing for RF machine learning applications like digital RF memory and direction finding. In the T&M market, Versal Premium with AI engines addresses the growing demand for wireless testing as part of the global 5G rollout for applications like 5G protocol and production testing, as well as semiconductor automated test equipment. 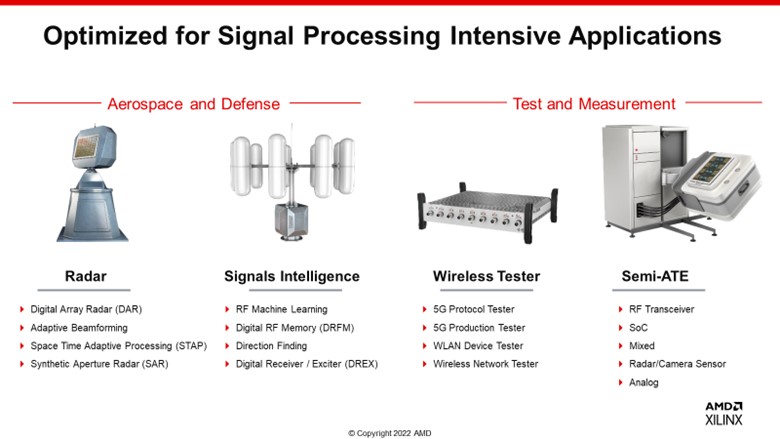 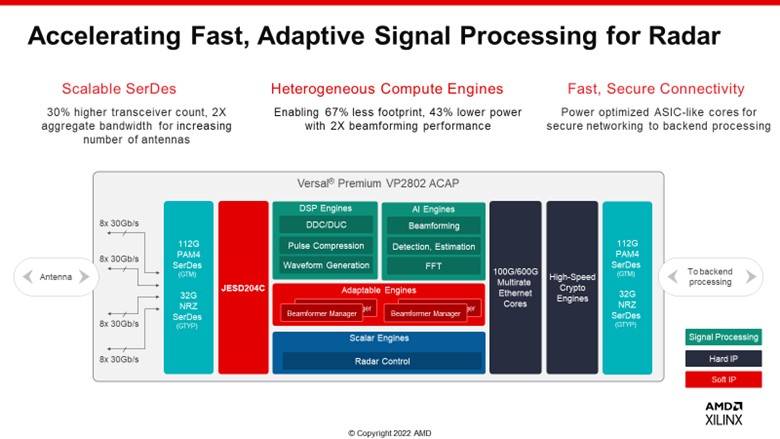 As with all members of the Versal ACAP portfolio, we provide development tools suited for a wide range of developers. AMD-Xilinx have Vivado ML for hardware developers and their Vitis and Vitis AI development platforms for software developers and AI and data scientists. Customers also have access to AI Engine tutorials and demo designs to help them get up and running more quickly.

The Versal Premium series with AI engines is expected to begin shipping in the first half of next year, but customers can start prototyping using the existing Versal Premium and Versal AI Core Evaluation Kits and devices for documentation and tools are available now.