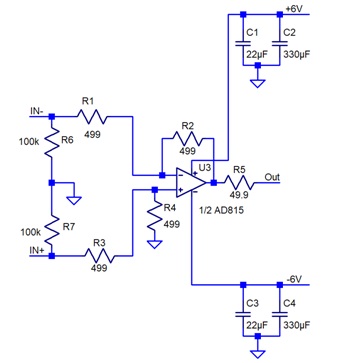 The key to the high common-mode rejection is the balanced impedances in the positive and negative input paths. Precision 499-ohm resistors provide the good balance. The forward gain across a 50-ohm load is approximately unity, the input can handle common-mode voltages up to +- 3V DC. The common-mode input resistance, on the other hand, is just 499 Ohms, so this preamplifier is best used on Port 2 cables. The measured S parameters are shown in Figure 9. Note that the forward transfer parameter, S21 is -0.38 dB at low frequencies. This is due to the attenuation between the 50-ohm source impedance and the 1 kOhm one-sided input impedance. The construction is similar to the previous preamplifier, it will be shown in the next section. 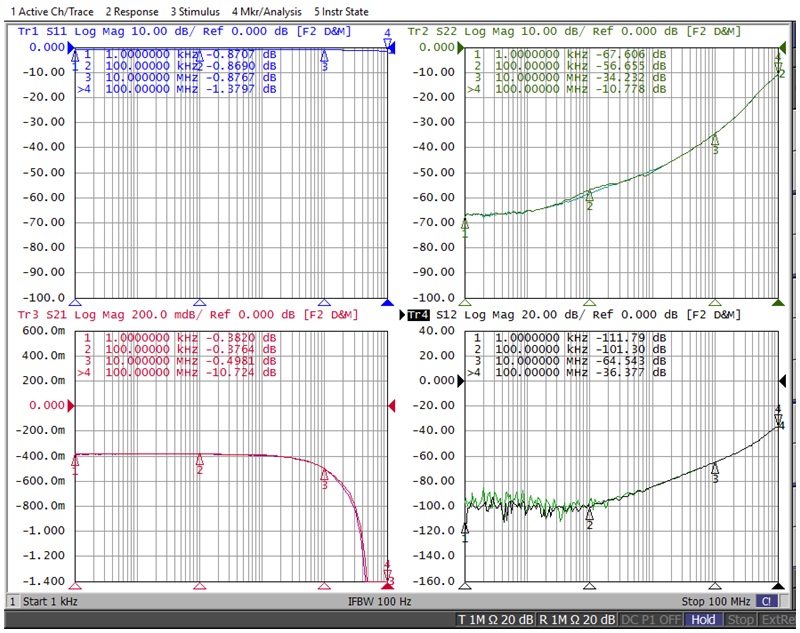 Figure 9. S parameters of the preamplifier shown in Figure 7.

If we want a universal preamplifier that can be used either on the Port 1 or on the Port 2 cable, we can cascade the two preamplifiers shown above. The schematic is shown in Figure 10.  This amplifier has 6 dB forward gain between 50-ohm terminations, and, for this reason, its common-mode input voltage range is limited to +- 1.2 V DC.  The measured S parameters are shown in Figure 11. 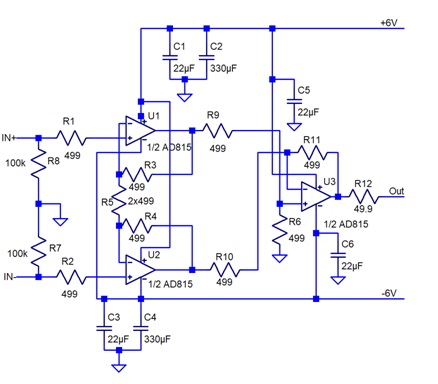 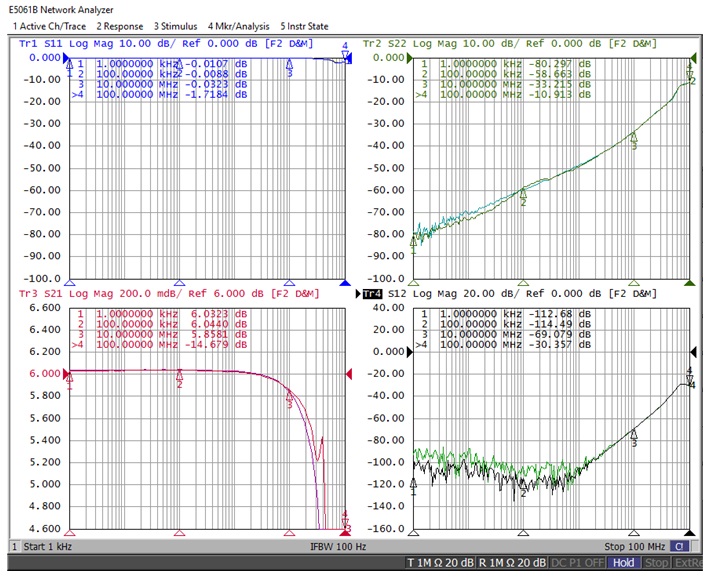 Figure 11. Measured S parameters of the preamplifier shown in Figure 10.

Figure 12. Construction of the preamplifiers shown in Figures 8 and 10.