You would think that interconnect design for rf applications and high-speed digital applications would be very similar. After all, the upper frequency range of the applications are similar. Figure 1 shows the frequency of various rf and microwave specs and the bandwidth corresponding to different high=speed digital serial link communications lines.

For example, 10Gbase Ethernet, at 10 Gbps, has frequency components into the 25 GHz regime, where K and Ka band radars operate.  Aren’t the problems and design solutions rf engineers use the same as those of high-speed digital designers, if the frequency range of interest is the same?

The surprising answer is no. These applications, though sharing an upper frequency range, require very different design principles and is the main reason why there is usually a disconnect when an rf engineer tries to design a high-speed digital product and vis versa.

There are four other important differences in the design principles for rf and high-speed digital applications which make the best design practices for one world, almost the opposite for the other. Let’s take a look at some of these differences.

Bandwidth of the signals

The bandwidth of a signal is the frequency range for the important information content of the signal. Typically, in rf applications, there is a carrier frequency with some modulation. The bandwidth of the rf signal is narrow, maybe only a few MHz, depending on the application, though the carrier may be at 2.5 GHz, as in 802.11abg wifi.

Figure 2. Comparison of the spectrum and bandwidth of 2 Gbps digital and 1 GHz carrier rf signals.

The Very Idea of Impedance

Impedance is arguably the most important metric of an interconnect for any application. The impedance properties of an interconnect dominate the performance of the interconnect in all high frequency applications. Yet, it is also one of the most confusing topics in discussions between an rf and high speed digital engineer. This is because they each use the same term, but are implying a different type of impedance.

The digital designer cares about the impedance of the line from DC to a very high frequency. The important term is the instantaneous impedance the signal sees as it propagates each step along the interconnect. The important design guideline is to keep this impedance constant throughout the line. This means controlled cross section and managing the impedance at the end, usually by adding a resistor to fake the signal into seeing no change in instantaneous impedance. This distinction is illustrated on Figure 3.

Mention the word stub around an rf designer and you will get a happy smile. A stub is an incredibly powerful design feature to tailor the impedance of the line to exactly what the designer wants.

Mention the word stub around a digital designer and you will get a scared, frantic look in their eyes. They want to do everything they can to avoid stubs as these features will set the fundamental limit to how high a data rate their channel will support.

As a last example, consider how capacitors are used in these two worlds. Every type of product will use capacitors, sometimes with as many as 10-500 individual ones in the product. Yet, the applications are sometimes different and their requirements for the capacitors are different. Figure 4 shows an example of an rf radio product with more than 50 capacitors. 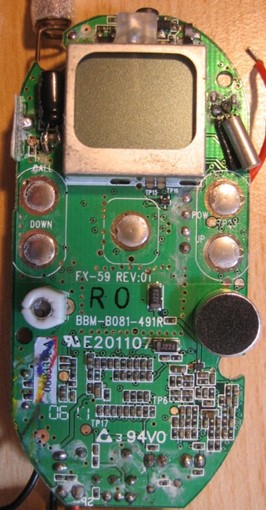 Figure 4. Example of a rf radio product with more than 50 capacitors.

An rf engineer may use a capacitor as a filter or as part of an oscillator circuit. In these applications, the most important property of the capacitor is its ESR. This contributes to the q-factor of the circuit, the sharpness of the resonance or the edge of the filter response. For rf applications, high q-factor is high value and capacitors should have as low an ESR as possible.

A digital designer will do everything they can to damp out resonances. This is sometimes accomplished using high ESR capacitors.

These are just a few examples of how rf engineering is different from high speed digital engineering. The next time you are in discussion with your opposite counterpart, be aware of your different world views and appreciate each other in context.