At DesignCon 2019, Jason Ellison, signal integrity engineer with Amphenol, announced the release of a free beta version of code that implements the Impedance Corrected 2x Thru De-embedding algorithm.

“The Amphenol ICC (AICC- Amphenol Information, Communications and Commercial) business unit decided to release this free code to help their customers and the industry achieve better correlation between measurements in different labs of high-performance interconnect structures.” Ellison said.  One of the variables is the de-embed process of extracting just the device under test (DUT), measurement independent of the fixtures used in the measurement process.

Most complex interconnect structures, such as connectors or backplane traces, require some sort of special interconnect elements to connect between the coax geometry of the measuring instrument and the circuit board traces connected to the DUT. This geometry transformer is the fixture. For example, Figure 1 shows an Amphenol connector between two breakout boards. The circuit boards with the SMA connectors are the fixture. 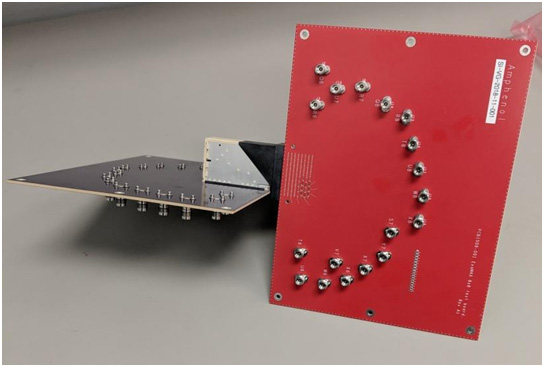 “All the customer really wants is the connector behavior, not the circuit board fixture,” Ellison said.

De-embedding is the processes of extracting just the connector or DUT from the composite measurement.  Ellison described this process in his half day tutorial at DesignCon, as three steps, pictured in Figure 2. 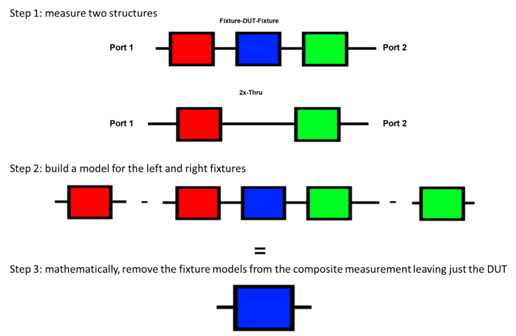 In step one, the composite fix-DUT-fix structure is measured and a separate structure composed of the left and right hand fixtures, connected end to end, referred to as the 2x thru, is measured.

In step two, these two measurements are used to synthesize an S-parameter model of the left and right fixtures. The 2x through structure is used to find the time delay and loss of the fixture elements. The composite structure is used to build the impedance profile of the fixtures attached to either end of the DUT. This is the impedance corrected approach. 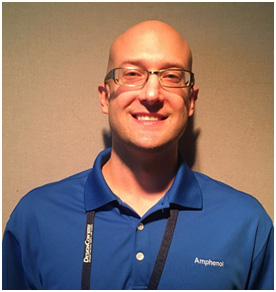 Figure 3. Jason Ellison, the author of the beta code released by AICC.

An important consistency test, Ellison says, is comparing the S-parameter model created for each fixture with the actual fixture connected to the DUT. 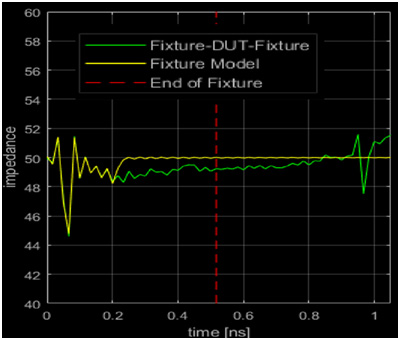 Figure 4. Comparing the measured TDR of the composite structure with the TDR of the synthesized fixture model. Note the perfect agreement.

There are a number of commercial tools which also implement this Impedance corrected 2x Thru de-embedding algorithm. They all give similar results, as shown in a different paper Ellison and co-authors Heidi Barnes and Jose Moreira presented at DesignCon 2019.  “They differ in the speed of execution, the user interface and additional features,” Ellison said. “The AICC tool is not meant to compete with commercial versions, but to offer our customers a free alternative to improve the consistency of their measurements.”

One limitation to this de-embedding tool is that it only de-embeds single-ended S-parameter fixtures, or differential fixtures but including the differential and common S-parameter terms.. The code assumes the cross talk and mode conversion terms are all zero.

AICC expects to offer the first released version of the code in Q3. In the meantime, the beta version is available and Ellison welcomes feedback and suggestions on it.