EMC issues like radiated emissions get you down? The Practical EMC column is just what the doctor ordered! Kenneth Wyatt (the “EMC Doctor”) has been in the field of EMC for over 35 years and specializes in helping designers characterize, troubleshoot and mitigate EMC issues right on their own workbenches. This monthly column will review affordable equipment, tools, probes, and other items that will help identify emissions and immunity issues quickly and overcome your EMC headaches and resulting program delays.

Kenneth Wyatt is principal consultant of Wyatt Technical Services LLC, as well as past senior technical editor for Interference Technology Magazine (2016 to 2018). He is based in Colorado and has worked in the field of EMC engineering for over 30 years with a specialty in EMI troubleshooting and pre-compliance testing. He trains and speaks internationally, is widely published, and is the co-author of the popular EMI Troubleshooting Cookbook for Product Designers and EMC Troubleshooting Trilogy (Vols 1-3). All are available through Amazon. He may be contacted through his web site, http://www.emc-seminars.com.

Apple Versus Clones – The Risk in Using Counterfeit Power Modules

This month, I'd like to demonstrate the EMC risk in purchasing and using counterfeit power modules. These counterfeit modules may be obtained from numerous sources in Asia and are much lower in cost. But lower cost comes at a price, not only in product safety, performance, and reliability, but EMC compliance.

Some years ago, I purchased a batch of nearly identical clones of a standard Apple iPhone power module for experimental purposes. Even the labeling and compliance markings were the same. In the intervening years, these became intermingled with several genuine modules, so the immediate task was to measure each and separate out the clones. What I found in measuring the conducted emissions should not have been a surprise.

I'll discuss my experience with a typical non-compliant (unlabeled) power module and then describe the issue with the counterfeit Apple modules.

A case in point was this larger non-labeled 5V power module that was easily disassembled (Figure 1). I use this example in my training seminars. 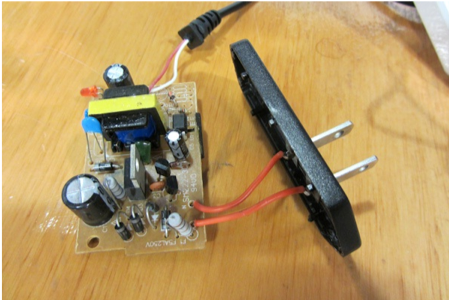 Measuring the conducted emissions from 150 kHz to 30 MHz per CISPR 32 (consumer products) demonstrates the expected lack of compliance (Figure 2). 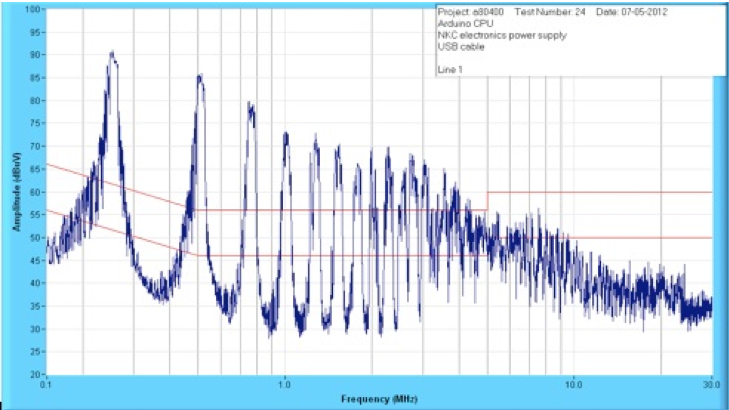 Figure 2. The module with unfiltered power input indicates more nearly 35 dB over the Class B limit for residential consumer products.

After experimenting with a conventional discrete "tacked together" line filter (Figure 3), we see the results in Figure 4. The two series inductors were removed for the measurement.

Figure 3. A conventional line filter was soldered together and remeasured. The two series inductors were not used for the measurement. 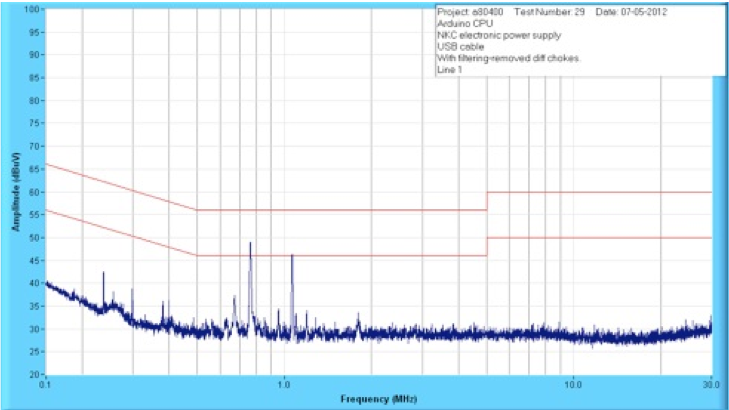 Figure 4. The module with the added line filter nearly meets the conducted emission Class B limit in peak detection mode and would meet it nicely if the two peaks were measured using quasi-peak detection.

The standard Apple power module that (used to) come with the purchase of an iPhone, was designed to produce 5V at 1A. These cube-shaped modules are ubiquitous and similar modules can now be sourced from companies like Belkin and many others.
Because the counterfeit modules have the same physical design and labeling as the genuine Apple modules, my collection soon became intermixed and was difficult to tell apart. Looking carefully, though, the counterfeit modules had slightly lighter printing.
After separating out the modules in two groups based on the printing quality, I labeled each with an identification sticker (Figure 5). I ended up with six suspected clones and three genuine Apple modules. 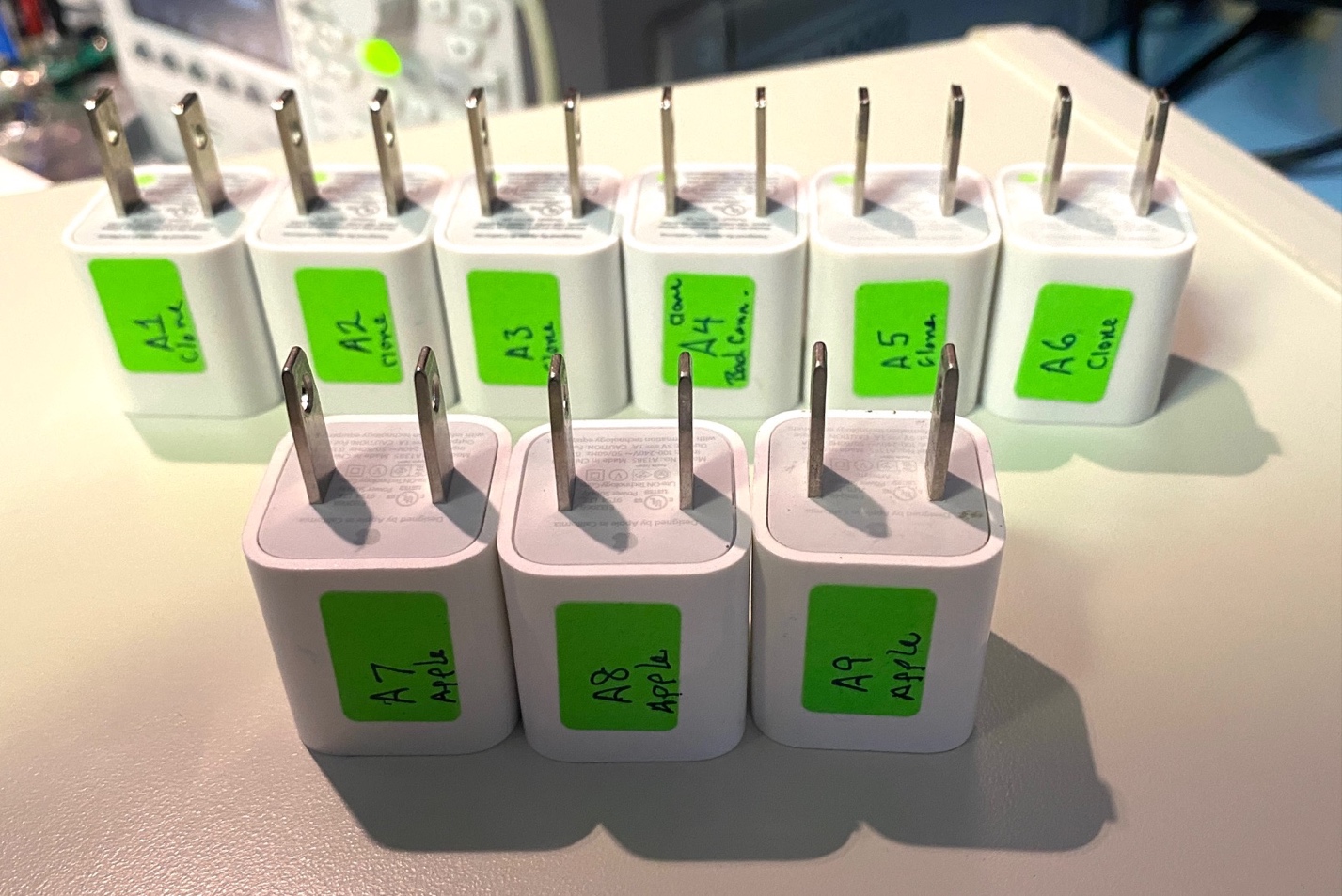 Figure 5. Apple modules versus the clones.

I measured each module per the CISPR 32 standard from 150 kHz to 30 MHz. The test setup is pictured in Figure 6 and consists of a Siglent SSA 3032X spectrum analyzer, a Tekbox TBLC08 line impedance stabilization network (LISN) and Rigol DL3021 active load, adjusted to 1A. Radiated emissions was not tested. 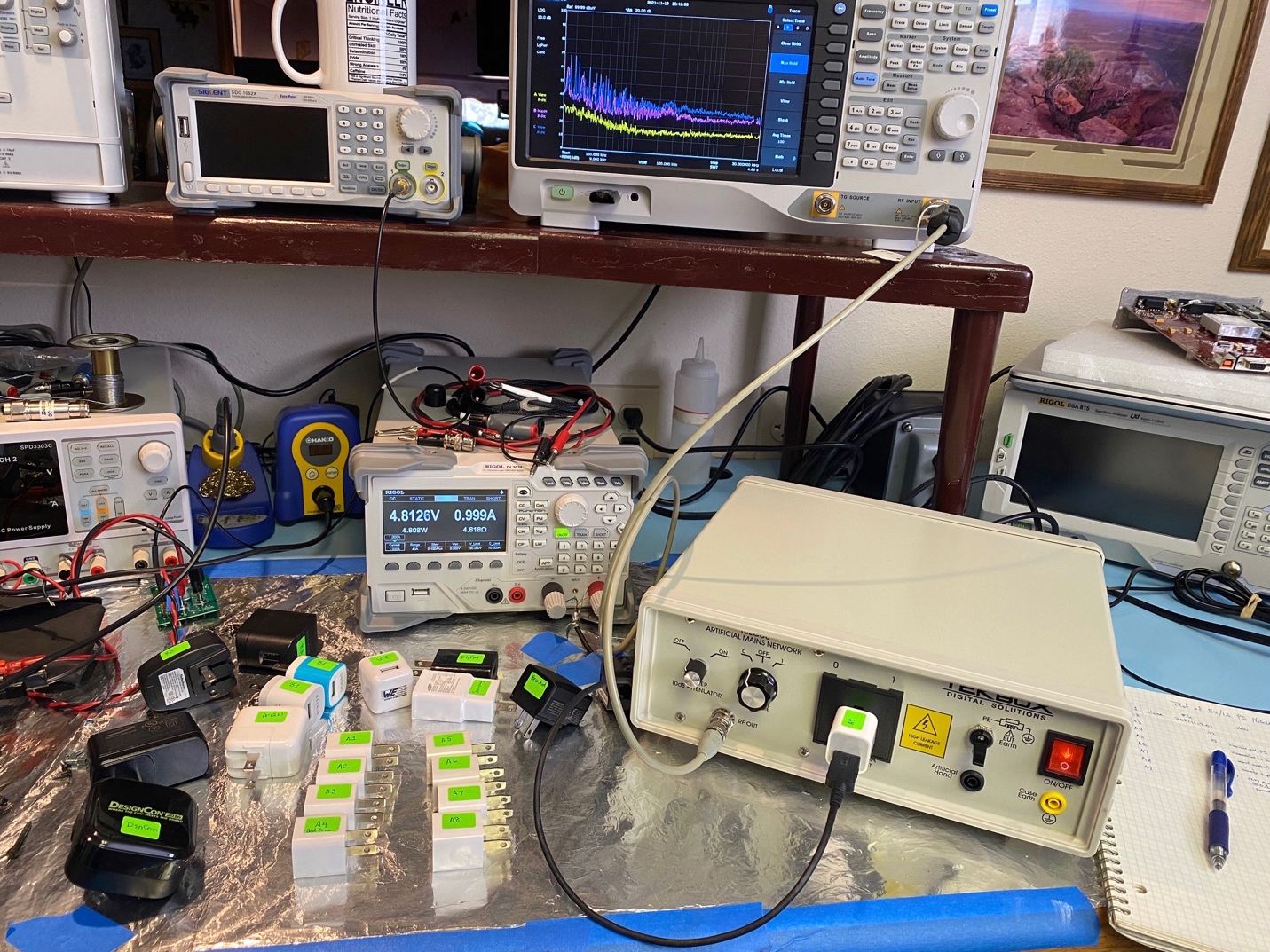 Figure 6. The test setup used for the conducted emissions measurement.

The typical results are recorded in Figure 7 (counterfeit modules) and in Figure 8 (Apple modules). These were both captured in peak detection, so the official quasi-peak measurement would be a little less in amplitude. 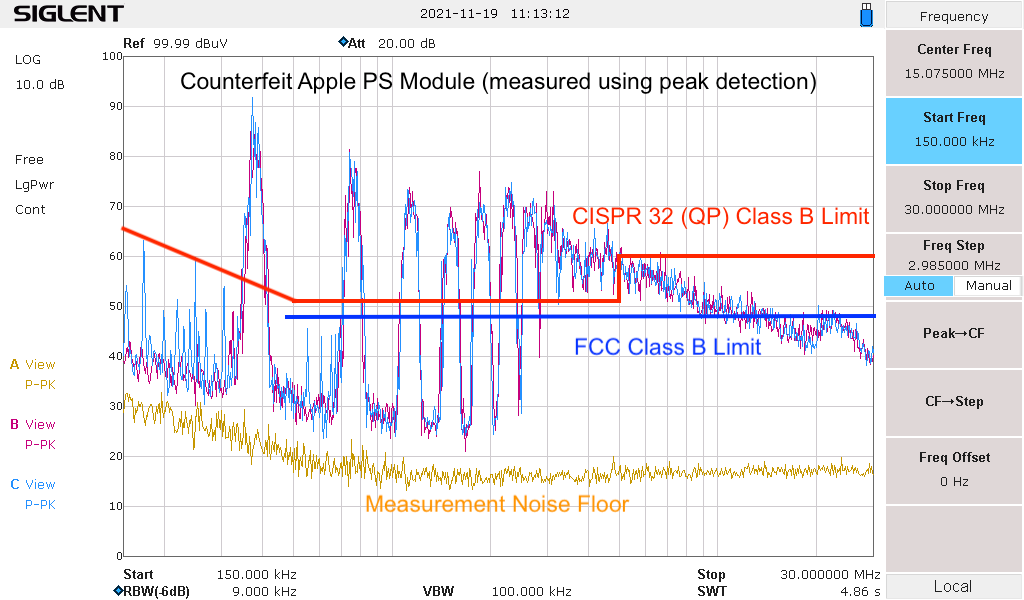 Figure 7. The counterfeit module measured well over both the CISPR and FCC Class B limits in peak detection mode. 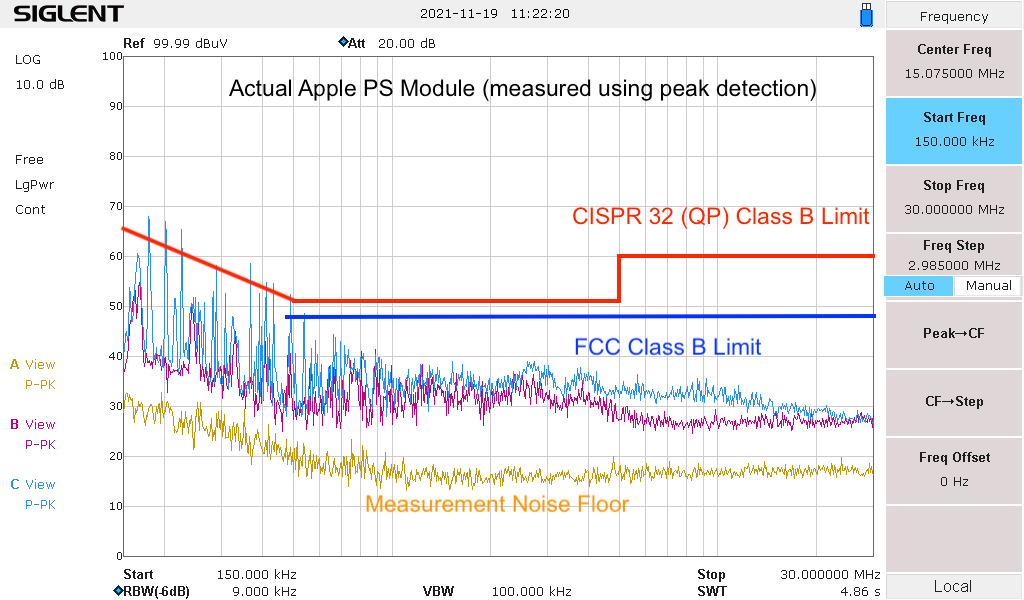 Figure 8. The genuine Apple module measured much less, as expected, in peak detection mode and with quasi-peak detection would be well under the limits.

One observation was that the counterfeit modules were unable to support a full 1A load. Most would barely provide a 0.5A load, and I had to measure several at just a maximum of a 0.2A load. These would not have been good choices for charging phones.

I also measured several Belkin modules and all these met the compliance limits at a full 1A load. Unsurprisingly, several "swag" modules (freebies from show exhibitors) were poor performers as well. Modules labeled “DesignCon” and one from a major component manufacturer were non-compliant and could barely support a 0.5A load.

Obviously, the lesson here is you get what you pay for; the premium pricing for a genuine Apple, Belkin, or other name brand product will generally meet the performance specifications, as well as EMC compliance. There is also the issue of interference in the AM and shortwave broadcast bands. I'd also be suspicious of the safety and reliability of non-brand name, cloned or counterfeit products – especially those that plug into mains.

Thank you for sharing the excellent measurement methods...