Recently, I had the chance to visit with Dennis King at his EMI Test Lab in Longmont, Colorado. While Dennis has been doing EMI testing for more than 30 years, he set up his independent test lab in 2004. With a GTEM and 3m anechoic chamber, plus stations for ESD and susceptibility testing, he routinely performs testing for CE Mark and FCC emissions and immunity requirements. 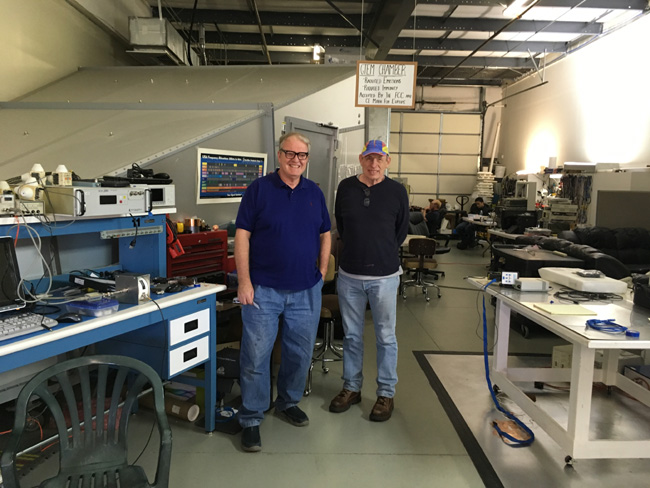 Figure 1. Dennis King (left) and Peter Berquist (right) at the EMI Test Lab with the GTEM to the left and the anechoic chamber directly behind Peter.

But he says he is more than a test lab. “I focus on not just testing but helping my customer find and fix problems in their designs when they don’t pass. I want to be a partner with my customers.”

“Doing the detective work, trouble shooting the root cause and fixing the problem is what we do best. It’s part of the fun of science,” Dennis says.

With the help of another EMI expert, Peter Berquist, he can bring more than 75 engineer-years of experience to many problems. Some of those years were working with the legendary EMI expert, Michael King in Southern California. Between them, Dennis and Peter have worked at many of the large OEMs and Peter has personally set up ten open air test facilities and set up and calibrated more than a dozen anechoic chambers.

The most common source of most FCC emission failures is from common currents on external cables, he says. “A router manufacturer brought in a 16-port 1-Gbps router that kept failing emissions. By unplugging each cable one at a time, we found the one cable causing the problem. It wasn’t the connector on the board, it was the cable. Using another cable, the router passed.”

Dennis speculates it was probably at the termination of the twisted pair to the RJ45 connector. Maybe an extra length on one of the wires caused an asymmetry and mode conversion generated common currents.

When Google ran their Little Box Challenge with the IEEE, they selected Dennis’s lab to test the finalists for FCC Class B radiated and conducted emissions. The contest was to build an inverter for a 1 kW solar collector with 10x higher power density than anything else, 50 watts per cubic inch.

The winner of the $1,000,000 prize was able to pass emissions testing the first time, and more than 20 dB below their nearest competition. The secret to the winner’s success? “They had two important features in their design, using a spread spectrum clock and internal chambers to enhance the shielding of some noisy components.”

While I was there, a customer was testing a new product with multiple small motors. While it ran inside the anechoic chamber, we stood outside monitoring the spectrum analyzer. We could watch in real time as the spikes from the motor’s emissions danced around the 200-600 MHz range.  It was acting as its own “spread spectrum” source and was never enough to fail the FCC requirement. 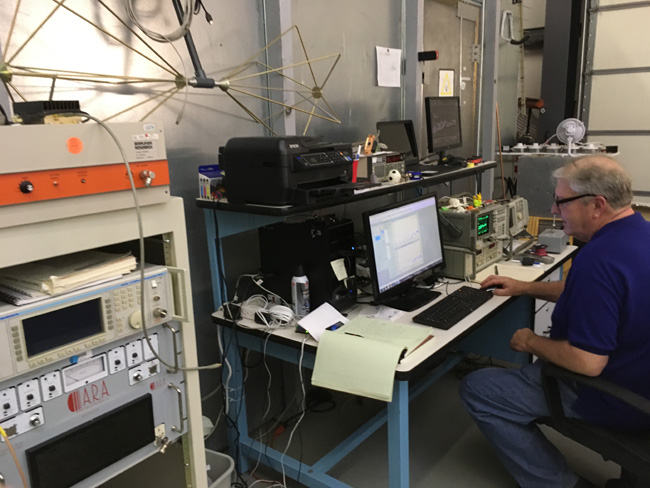 Figure 2. Dennis King monitoring the emissions from a device operating inside his anechoic chamber.

“Ten years ago, just about every product with DC brush motors would fail due to the sparks giving off powerful, broadband impulse noise,” Dennis said. 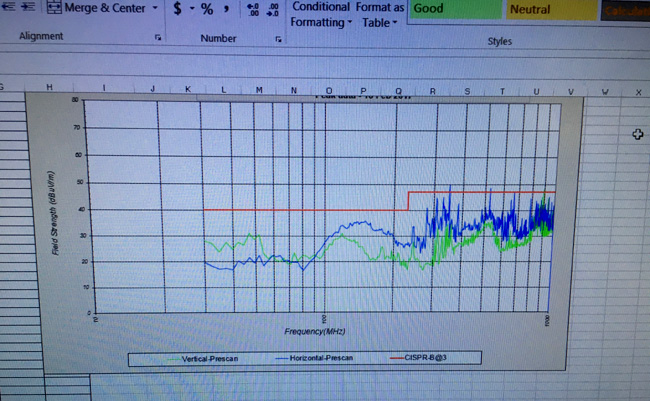 Figure 3. Real time emissions from an operating device. Note the spiky peaks in the 200 MHz-600 MHz range from the motors.

“But these days, some of the experienced motor companies know how to do it right. They use good driver circuits, low inductance capacitors mounted right to the motor body and some shielding.”

While we saw peaks creating large emissions in the live test, their average or “quasi-peak” values never failed emissions. Another satisfied customer.