The issue is that they visually look different when you put them side by side. Some solder masks have a “bluish” hue to them, and others have a “yellowish” hue (Figure 2-2). Also, the colors look different with one coat vs. two coats of solder mask, so this is another decision that will need to be made. Another consideration is that there can be an interaction between the surface finish, the solder mask, and subsequent heat processing steps in the assembly process. Some solder masks tend to change colors more than others with additional heat.

Boards with lead-free hot air solder leveling (HASL) tend to become “yellower” the more heat they are subjected to. We have stopped reworking boards through lead-free HASL (only one pass is allowed). Figure 2-3 illustrates the same solder mask after lead-free HASL vs. a board that has been through two assembly reflow cycles.

Boards with ENIG after the solder mask process may get “pink” with subsequent reflow. The reason for this is that “dirty” rinses in the ENIG process with gold residue form a complex with the titanium pigment in the solder mask which then turns the solder mask purple in the high-temperature assembly process. Thus, it is important for the PCB supplier to manage the rinses on the ENIG bath very carefully (Figure 2-4).

Figure 2-4: “Pinking” solder mask on an ENIG board with multiple reflow cycles.

The manufacturing process for single-sided IMPCBs is illustrated in Figure 2-5.

For LED applications with   a  demanding  heat   transfer  profile,  inte- grating pedestal technology may be the optimal solution. The pedestal construction on metal-core PCBs   allows  the  designer   to  get  a  direct path between the LED (heat generator) and the metal core of the PCB. A typical LED is soldered to a copper pad and the heat must transfer through the PCB dielectric material before it gets to the metal core.

Another option is to use thermal vias to get a more direct transfer to the metal core. Both of these designs are suited for lower-heat applications but may not be  optimum  for  high-heat generators. A pedestal is simply a buildup of copper plating from the metal core up to the surface of the PCB. Thermal conductivity of up to 400 W/mK can be achieved using pedestal technology if the metal core is copper. The cross-section view in Figure 2-6 visually highlights the “pedestal” effect of this construction.

The PCB supplier manufactures a double-sided or multilayer IMPCB and then bonds it, utilizing a thermally conductive prepreg to metal (Figure 2-7). The bonding process is done in the same multilayer press that is used to manufacture a multilayer PCB. A lot of the design factor considerations discussed in the single-sided IMPCB section apply to double-sided as well. Some additional considerations to think about include the following.

Copper Weights on All Layers

The thicker the copper, the more expensive, and remember that the outer two layers will get additional copper since the vias will need to be plated. Lines and spaces should follow the design guidelines of the PCB fabricator based on the copper weights of each of the layers.

It is important to decide whether you can use FR-4 for your multilayer construction or if you require thermally conductive prepregs and cores. If you need thermally conductive cores and prepregs, there are a number of options available, but core thicknesses are limited, so it is best to work with the PCB fabricator or laminate supplier on constructions that would make sense. The prepregs tend to be low flow, so it is important to work with a PCB fabricator that understands the press cycles and flow dynamics of the specialty prepreg that need to be used.

Choose the prepreg to bond the PCB (double-sided or multilayer) to the metal based on thermal conductivity required and thickness of the copper circuitry. From a PCB manufacturing perspective, several different factors need to be taken into account for in the process of bonding the PCB to base metal:

Aluminum is the most common; however, there are many applications that will also use copper as the base metal. In general, for this kind of construction, if aluminum is the metal of choice, I recommend using the 6061T6 alloy.

There are two major differences. First, when one utilizes the thermally conductive prepregs, the press cycles need to be well-defined due to the low-flow nature of the prepreg. Second, there is an additional press cycle since after the board is completed, one need to bond the PCB to the aluminum. The aluminum prep before bonding and the press cycle associated with the bonding are critical.

This is a bit of a caveat emptor (buyer beware) caution regarding the testing of IMPCBs, particularly when the PCB fabricator is in China or otherwise outside of the U.S. There are a few factors to be considered: 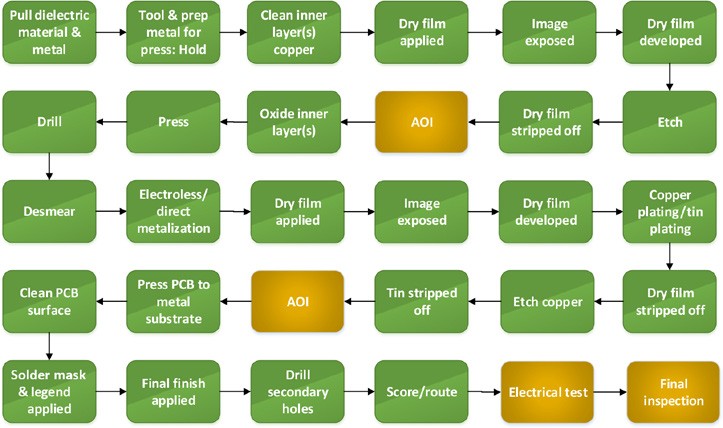 The supply base for IMPCB suppliers is relatively small, which makes the supplier selection a critical task. Some of the things to consider include the following suggestions: 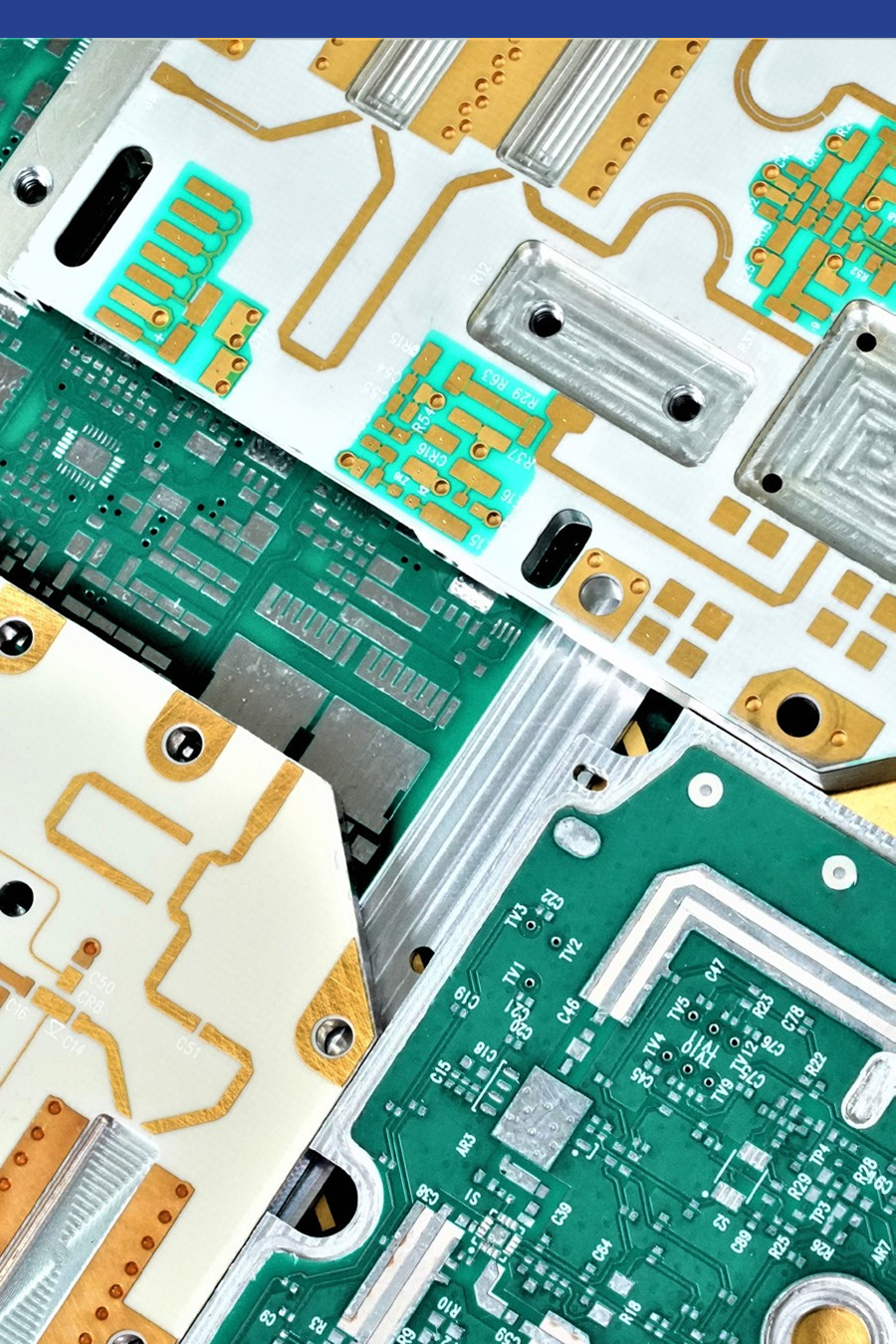 How to Enforce Causality of Standard and Custom Metal Roughness Models